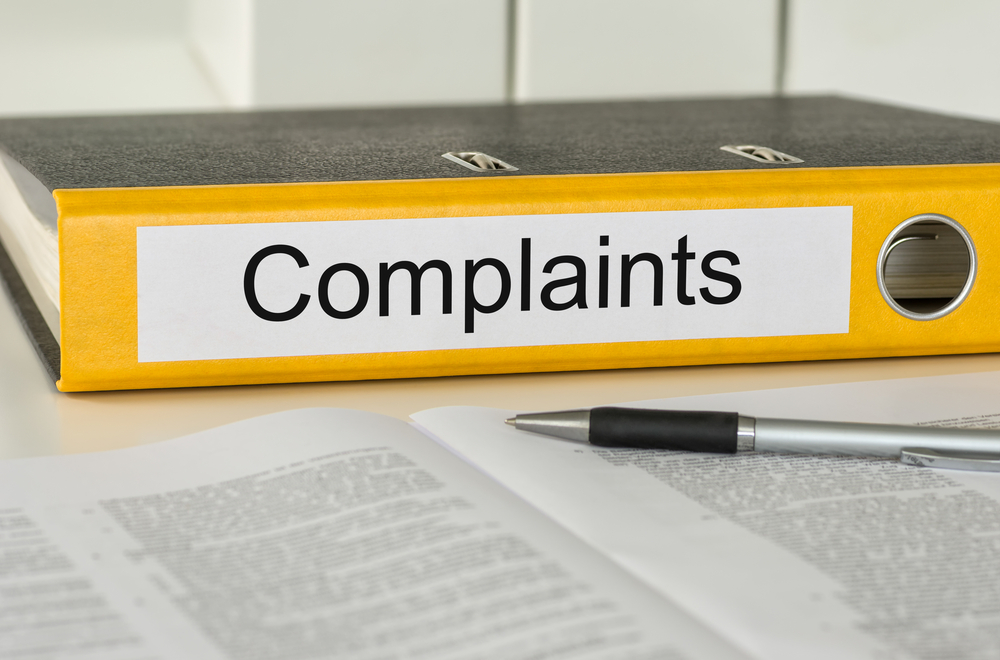 You’re working hard to keep your clients safe and their property secure. You’ve been careful about the staff you’ve hired to work as security officers, conducted the necessary background checks and drug screens, and provided diligent training while clarifying your coe of conduct and expectations for how your agents should conduct themselves while on the job.

Yet despite these efforts, it’s inevitable that people will occasionally file a complaint about how your security officers perform their jobs. Sometimes these customer complaints are quite serious; other times they seem trifling.

Regardless, every customer complaint form lodged against one of your security guards and personnel needs to be taken seriously. Failing to do so puts you at risk for reputation damage or costly litigation. Even your business license is at risk. That’s why it’s crucial to have a thorough policy for handling customer complaints – and to follow it.

How Security Guards Should Deal With Complaints

Have the right kind of post-incident follow-up

With that in mind, here the steps your organization should take in following up on a complaint:

Listen. The first step in handling complaints is to hear what the complainant has to say about the incident or problem. Was a security guard rude? Not paying enough attention? Or are we talking about something more serious, like a security guard who is accused of being intimidating, under the influence of drugs or alcohol, harassment, or worse? Your goal here should be to gather the facts at issue as the complaining party understands them, not to defend or condemn your employee. This first step is critical because an individual wants to feel they are being heard and respected — and research has shown that listening may reduce your litigation risk. This first step may be the most intrusive, but it is extremely important in handling complaints and making sure you are receiving all the pertinent information on what occurred.

Review the record. A critical source of information will be your guard’s own incident report. You should review this document before speaking with your security guard. If the report tells a story that’s different from the one you heard from the complainant, then you’ll want to pursue that discrepancy in your discussions with your employee. Also, take note of when the report, which should have been filed as soon as possible after the incident in question, actually was filed when handling complaints.

Gather more information. Beyond the complainant’s version, the security guard’s version, and the incident report, gather any additional sources of information that might be available, such as statements from other witnesses or camera footage, to attempt to understand what actually happened. When handling complaints, it is extremely important to gather as many pieces of information and evidence for validates sources as possible. This gives you a well-rounded view of the situation and doesn’t make you biased in any way when handling complaints.

Seek a resolution. The action you take will depend, of course, on the results of your investigation. While in severe cases your hands may be tied and disciplinary action will be required, most of the time you’ll have some discretion. The most important thing is to fully document the investigatory steps you took, what you discovered, and why you chose to take the action you did based on the evidence found. When you are handling complaints, you will feel pressure to rush to a resolution. Don’t! You want to make sure you make the best decision, for all parties, and ensure that the complaint is fully resolved.

Plan for follow-up. No matter how you handle a customer complaint, you should always be prepared to defend your response. Sometimes a patron won’t like the way you handled complaints and will seek further action. Other times, a state regulatory agency or other bureau or authority will hear about the incident and decide to conduct its own investigation. If this happens to you, it’s important to cooperate and have all your notes in order.

The details are in the documents

Proper documentation — the timely and accurate logging and filing of incident reports and daily activities — makes the process of handling complaints much more manageable.

Start by making sure your security guards are well-versed in how to describe an incident and include basic information (time, date, location, and witnesses) as well as unbiased, descriptive details. This makes handling complaints much more time efficent.

The process of investigating a customer complaint and documenting the results is much easier when your reports are digital. Storing all your activity logs in the cloud makes it easy to find the data you need when you need it and to properly handle complaints when they occur. Automatic time-stamping means you’ll always know when a report was filed; that’s especially important when investigating a customer complaint because reports filed long after an incident occurred means the information is often less reliable. Late documentation should also be a violation of your internal policies regarding incident reporting.

Moreover, a report that’s altered after it’s initially submitted is often a sign that something is amiss, and digital reporting makes it immediately clear when that has happened.

While paper-based logs are still dominant in the security industry, a crop of mobile apps are starting to emerge to make documentation faster, easier, and more accurate. One example of such an app is GoCanvas’ “Security Officer Daily Activity Log Mobile App,” which allows security guards and officers to log an incident, and then add detailed information such as GPS and images. You can get started with mobile reporting for free for, then decide later whether it’s right for handling complaints and more within your business. Or explore 100’s of other security industry apps that may be perfect for your business!

While training security guards to correctly report incidents, enforce rules, and document activities in a detailed manner doesn’t guarantee that they won’t be the target of customer complaints, but it can help your business retain its professional reputation, minimize the repercussions of a complaint, and better handle complaints in the future.

Want to learn more about GoCanvas?