The Next Generation of Home Building is Here 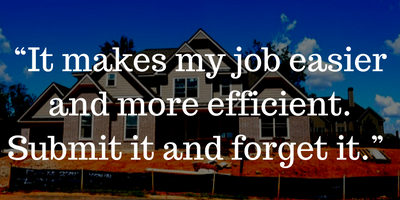 Being a home builder within the Construction industry, completing and/or starting 4 new homes per day, was inherently causing paper forms to pile up. The main source of the pile up revolved around their inspection process at each construction site. These multi-page packets of paper that covered every section of the house could take hours to fill out, all while the new home buyer is just wanting the entire process to be over. This led to some home buyers to become frustrated and dissatisfied, which eventually led to a decline in True Homes’ customer referral rate.

On the backend, it was taking the staff in the office a minimum of 6-7 minutes to extract information for reporting purposes. And with over 45 project managers filling out 5 to 10 forms per day, this was equating to an average of 450 hours per month spent on just extracting data from paper forms.

True Homes reached out to GoCanvas to begin the process of streamlining their entire walk-through inspection process.

The Senior Mobile Consultants at GoCanvas began working with the Field Operations Manager at True Homes to develop an 117 question mobile inspection that included built-in scoring. The new mobile inspections, being used on a mixture of iOS and Android devices, were pushed out to project managers of all ages and tech knowledge. While many embraced the new way of doing things on mobile devices, a few were resistant to change after many years of using paper. But after a couple weeks of using the new system, they realized that the benefits far outweighed the initial learning curve.

“At first I was not happy about it. But then I saw that it changes how I work” said a project manager. “It makes my job easier, more efficient.”

The new mobile inspections helped project managers identify issues within the homes and quickly communicate these concerns to the vendors in order to have them corrected immediately. With the GoCanvas mobile forms the inspections could easily be broken down by the different areas of the home, include embedded site photos, and be quickly completed without dragging the homeowner through a 2-3 hour process. This streamlined inspection process led to issues being resolved before homeowners even realized something was wrong, which ultimately resulted in much happier customers.

Ultimately this led to a 19% increase in referrals from customers in just 12 months.

Since deploying GoCanvas out to their project managers, True Homes has already seen dramatic benefits to their business. Not only are they collecting data faster, they are able to view real-time reports and dashboards via their database integration with Microsoft PowerBI. GoCanvas’s connection with Zapier made the process of getting the data they collect automatically pushed out to their business intelligence systems hassle free and done without the need of expensive IT developers.

True Homes has also taken advantage of GoCanvas’s extensive list of project management features including Folder functionality. This allows clients in the Construction industry to easily sort and organize the various types of mobile inspection forms they have created. This makes extracting information by location or home section a breeze, eliminating much of the 7 minutes it used to take to extracting information from EACH paper inspection.

Overall satisfaction among their customers, employee production, and data reporting were all positively affected by going mobile with their inspection process. This transition from paper has ultimately led to their $1M+ increase in sales in just 12 months of deploying GoCanvas.