This story has all of the usual pieces. The eccentric, idealistic entrepreneur. The radical new technology with the power to reshape the way we live and work. The vision of a better future. This is a story that has become familiar to us in the 21st century.

So who is this mysterious founder and what does he want to create? Is it a new iPhone app? Perhaps a new computer chip? Nope! In fact, it’s something that many people might not even call technology. 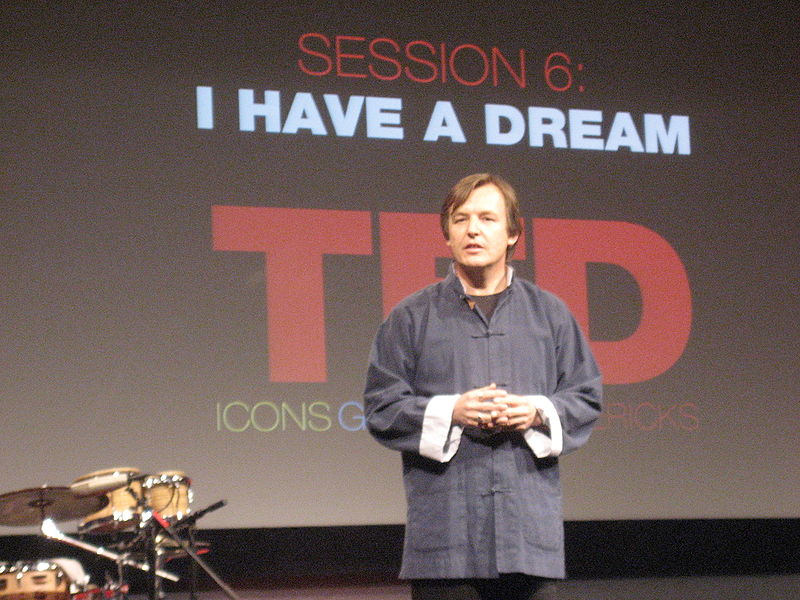 The year was 1964 and the entrepreneur was Robert E. Simon – but he wasn’t founding a company, he was designing a city. His city would solve many of the problems created by the haphazard arrangement of current communities.  His would change everything from the location of residents’ workplaces, to the ways they got around the city, even their leisure activities.

In a way, Simon was even more ambitious than many of today’s tech entrepreneurs. His goal was nothing less than to fundamentally transform the city, the basic building block of human civilization. He believed that his ideas would responsible for improving millions of people’s lives.

Turns out, the end result fell somewhat short of this. Reston did indeed become a marvel of urban planning. Yet the futuristic, utopian ideals of planned communities failed to spread much beyond the city.

At least for now – but more on that later. First, let’s take a closer look at Robert Simon’s creation.

All Happy Cities Are Alike. Every Unhappy City is Different

Reston, VA, was founded as the nation’s first planned community. The concept is both elegantly simple and profoundly challenging – reimagine the city. Whereas traditional cities pops up ad hoc, the planned city would take into account the needs of the populous.

And what a town it would be. People would live near their places work and leisure. Spiritual and cultural leaders would be supported in order to care for the mental health of the citizens. From the playgrounds and fields for the young, to the care paid for handicap accessibility for the old and disabled, Reston was to be built as a community that cared for all of its members across the generations. 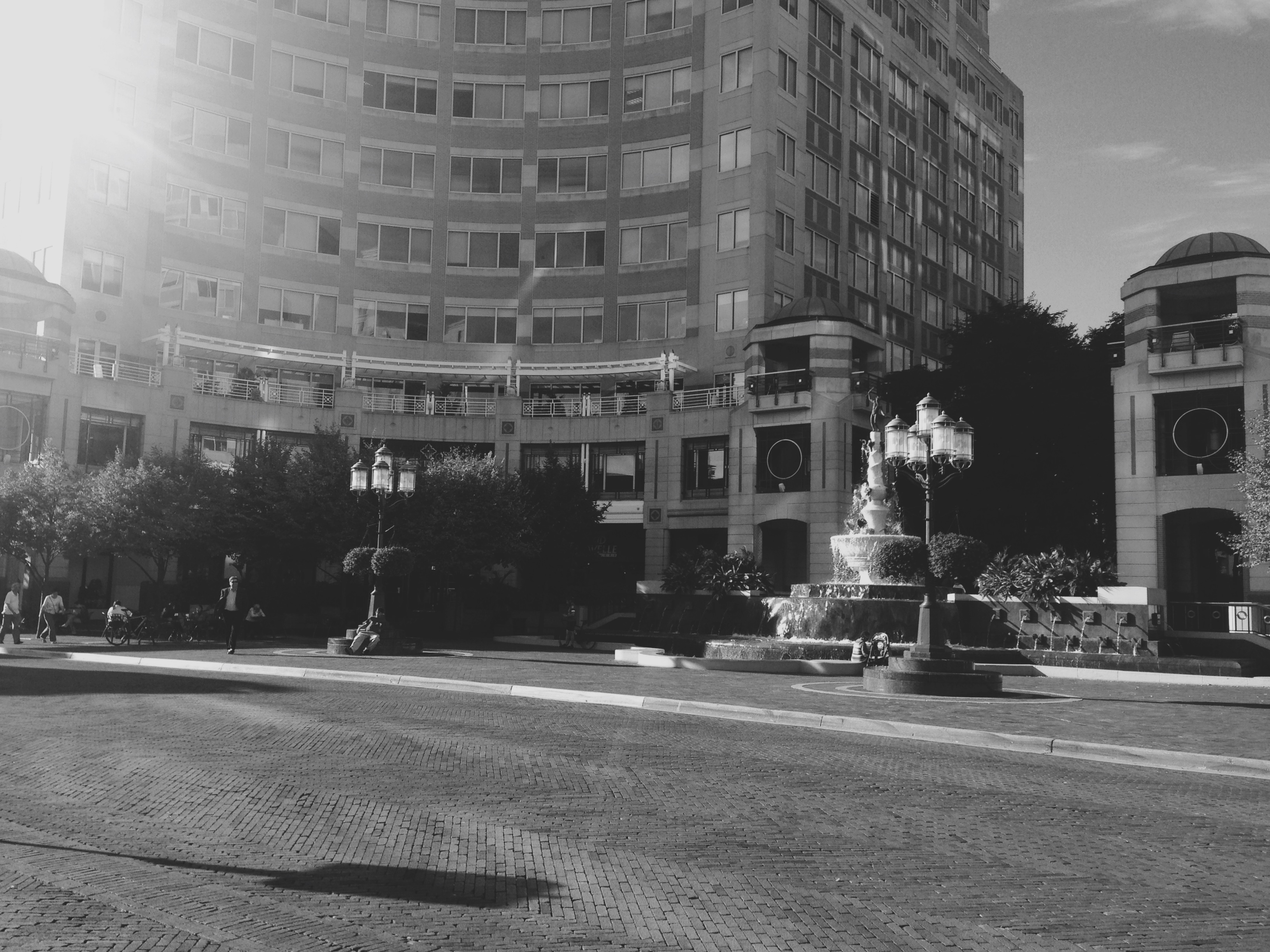 Reston the new concept of community development. It's a dream that (finally) came true.

“The demands of the modern age require new concepts in the development of new communities”, wrote Robert Simon in 1962. This was the opening line and the central thesis of The Reston Master Plan.

The plan reflects a startling amount of forethought about the future. Technology is changing the way we live our lives and our communities must adapt. Not simply by adopting technology, as that would lead to a flat and uninteresting community. Rather, we must take the best from technology and art, spirituality and culture, we must combine them to create a city where everyone might prosper.

A City for the Future

Reston was to be a town of 70,000, split into seven “clusters”. These clusters would each contain residential, commercial and recreational areas. In a way, each cluster would be its own self-contained mini-city, capable of catering to all of its resident’s needs.

Crucially, these clusters would be connected by the “sinews of life and activity” in Reston – pedestrian walkways. These walkways would allow the residents to move freely around the city on foot or bike, essentially bypassing the need for driving within the community. Adding to the pedestrian friendliness would be a public transit system of buses connecting each cluster, as well as transport to places such as Washington, DC.

Residents would use this path to explore and relax during their ample free time. Why would they have so much time? Technology of course! Decades before current worries of technological job automation, Robert Simon and his fellows saw a future of leisure as advances in technology allowed us the freedom to work less if we chose. In fact, that idea goes as far back as economist John Maynard Keynes, who predicted in 1930 that his grandchildren might not have to work if that was their choice.

And it was important to Simon that these amenities not just be for the privilege of men. Simon believed that the efficiencies generated by the planned community would also mean an easier upkeep of houses and children. In the time this freed up, Simon wanted women to use Reston’s capabilities to their fullest.

Although not quite ahead of his time enough to suggest a more balanced distribution of housework, it is still striking that Reston was designed to promote social equality through tech, decades before the social entrepreneurship movement would bring that idea mainstream.

Perhaps above all, Simon was a conservationist. He writes proudly of the “great natural beauty” of Reston in the master plan for Reston. It was crucial that Reston exist in harmony with nature, preserving greenery and open spaces whenever possible. The great number of parks, nature trails and trees in Reston today is a testament to that. In fact, Reston is one of just a handful of communities to be designated a backyard wildlife habitat by the National Wildlife Federation.

Reading the original master plan gives us a profound view into the world of yesterday. It was a world where a bold individual could create a plan for rethinking society and be taken seriously. This futuristic optimism that we can create a better life for ourselves shines through every page of the plan.

Reston did not, in fact, spark a nationwide trend of planned communities. As far as fulfilling its own ideals however, Reston worked. If we look at the seven major goals of Reston which Robert Simon outlined, we see something that looks strikingly similar to the Reston of today.

Let’s take a look at some of the originals for Reston to see how the community stacks up today. The town has succeeded in creating “the widest choice of opportunities” for its citizens – after, where else can you have hiking, biking, movie theaters, shopping and restaurants all within a very short walk from each other.

Another of the goals was that people should “live and work in the same community”. In fact, the many apartments and homes around Reston Town Center made this a possibility. At GoCanvas we have employees who walk to work. Yet another goal was fostering the “structural and natural beauty” of the city.

Reston today really does stand as a testament to the ways in which a well planned community can improve the lives of its citizens.

And beyond that, the ideals of its founders have seeped into the culture of the city. There is a theory among sociologists that much of a location’s culture can be attributed to its early founders. After all, those that move to that place will likely do so because they believe in its values, while those that disagree are more likely to flee (this theory also explains why creating a positive culture early in the life of a company is crucial to building a great company).

This history helps explain why Reston today is so naturally inclined towards fostering art, culture and tech entrepreneurship. After all, Reston was started as an experiment combining all of those things. At GoCanvas, we’ve done our best internalize some of the ideals of Reston. We agree that technology should decrease your workload and give you more free time, so we created an app to help save companies hundreds of hours a year.

Innovation shouldn’t just be in a founding story. We believe that the best ideas come about when you foster a culture of the best thinkers, technologists and artists. That’s why we created Refraction, a unique working space. We’re proud to take inspiration from the ideals that created Reston in the way that we create our own community.

Robert Simon had the vision to create something great and change the world. From its focus on shared community to conservation to unique leisure opportunities, Reston stands apart as a one of a kind experiment in bold urban planning.

But the dream of Reston isn’t just about creating one city. It’s about creating a new world. One in which things work better. It was a dream of creating a community with shared values and culture. Of fostering productivity, opportunity and happiness for all of us.

We think it’s a pretty awesome idea. We’re excited to continue the experiment that is Reston, both the town and the dream.

Dream of Saving Your Business Time?

Discover how businesses are saving both time and money with mobile apps. Learn more in our free ebook: