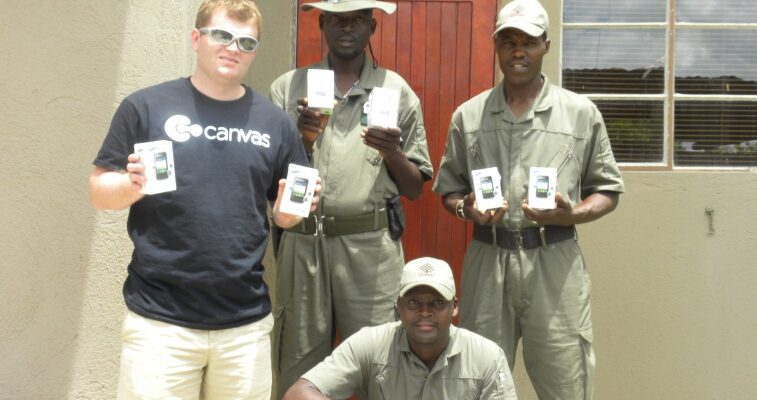 During my time in South Africa, I was able to meet with many different people and groups to show what capabilities GoCanvas has.  Mike Grover, the Ecologist for the Sabi Sand Game Reserve, set up these meetings.  He has adopted GoCanvas for his Reserve, but wanted others to see the potential.  All of the meetings were met with a very positive reception both at what GoCanvas is doing to help in the fight against poaching, as well as the possibilities GoCanvas provides.

This shows a veterinary clinic that is located just outside of the Sabi Sand Game Reserve.  The clinic is focused heavily on rabies in the dog population in the community outside of the Reserve.  We showed the veterinarians how GoCanvas can help collect data about the dogs. 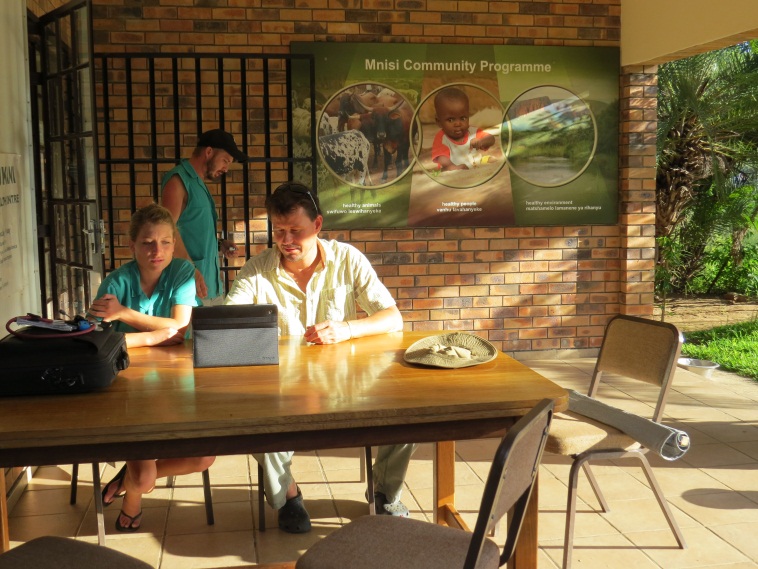 Mike is showing Sandra GoCanvas on an Android smartphone.  Sandra works at SANparks which is the South African National Parks organization.  They are responsible for all the public parks in South Africa.  SANparks was very interested in GoCanvas for their field rangers to collect information about tracking poachers.  They particularly were interested in the GPS capture so if a something is reported, the anti-poaching team can respond to an exact location. 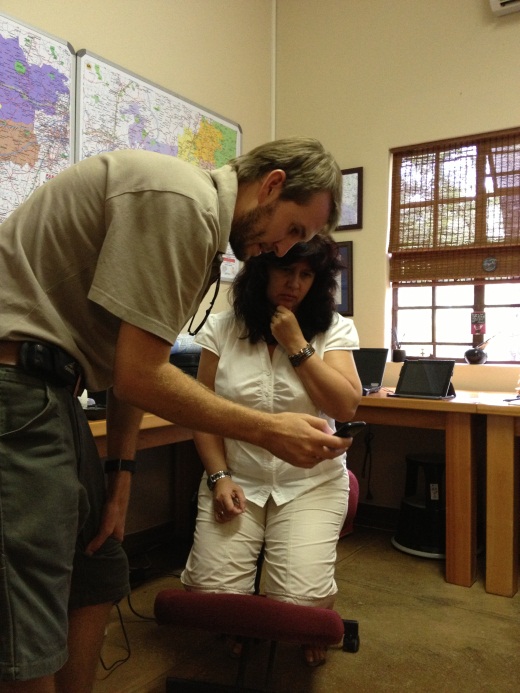 Here I am with some of the Field Rangers from the Sabi Sand.  They will go out in to the Reserve on foot for a couple days in a row.  Equipping them with mobile devices and GoCanvas has proven very important in the fight against poaching.  The information they encounter on the ground needs to immediately be seen by the management team.  GoCanvas makes all this happen. 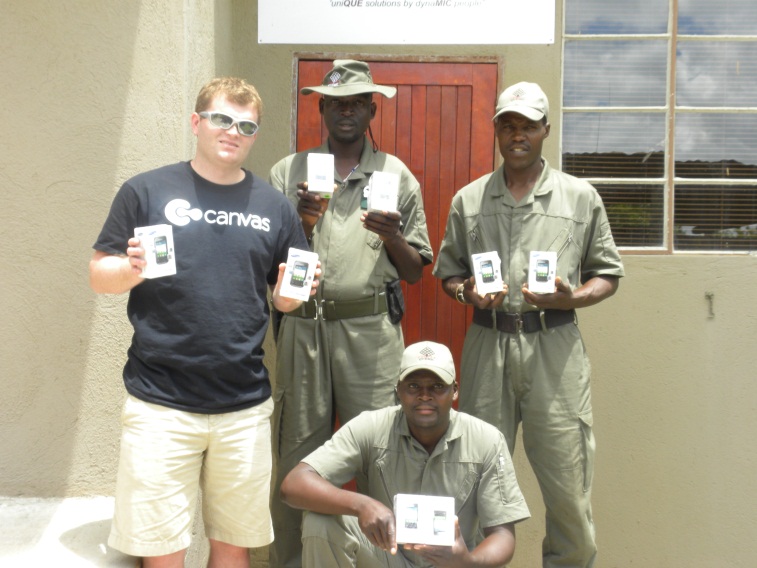 Here I am showing the Rangers how to use GoCanvas.  The application was already built by Mike and it was installed on each of the phones.  The app provides very basic but important information, such as GPS location, photographs, and the time it happened. 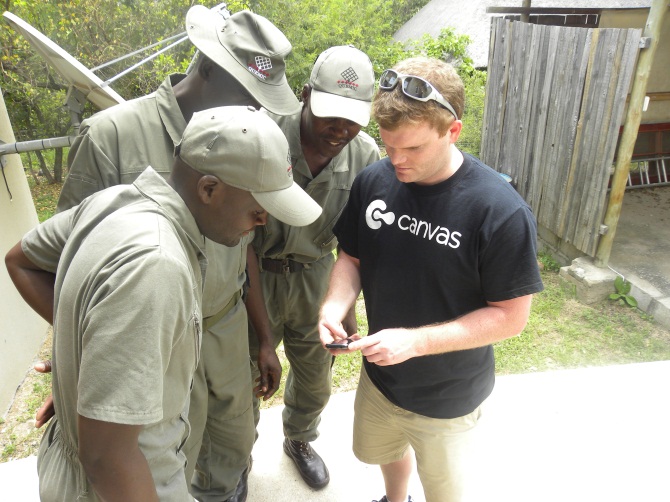 The Rangers are fully equipped to go out in the field.  They have everything they need to be in the field for a couple of days and now they have the technology GoCanvas provides to relay information. 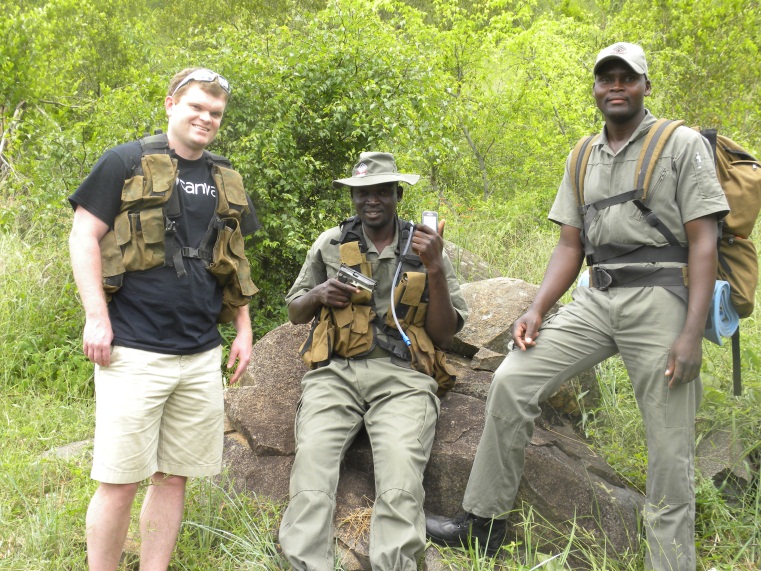 We had a meeting with GRU which stands for Game Reserves United.  This organization is comprised of the heads of multiple Game Reserves just like Sabi Sand. While it is great that one reserve, Sabi Sand, has adopted GoCanvas, we want to spread the word about what GoCanvas can do to others.  Fighting this uphill battle against poaching should not be every man (or reserve) for themselves. 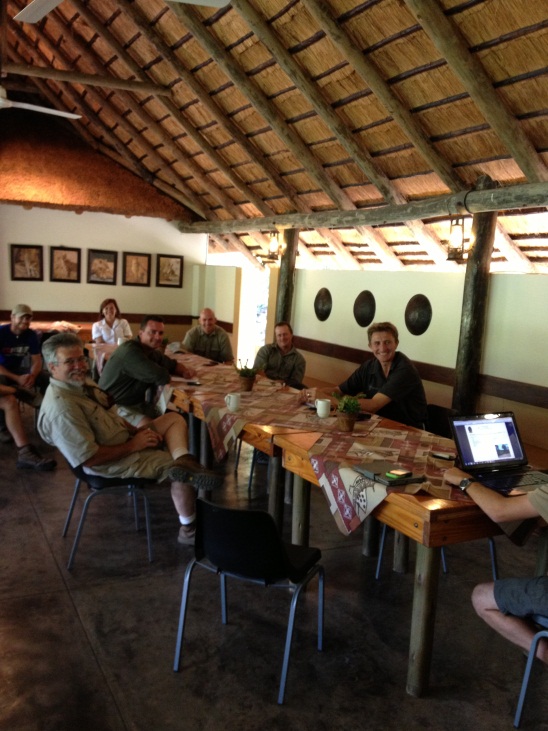 Best meeting I ever had!  One of the members of GRU could not make it to the meeting above, but he was so interested in the idea that we drove to his Reserve and had a quick meeting right under a tree. 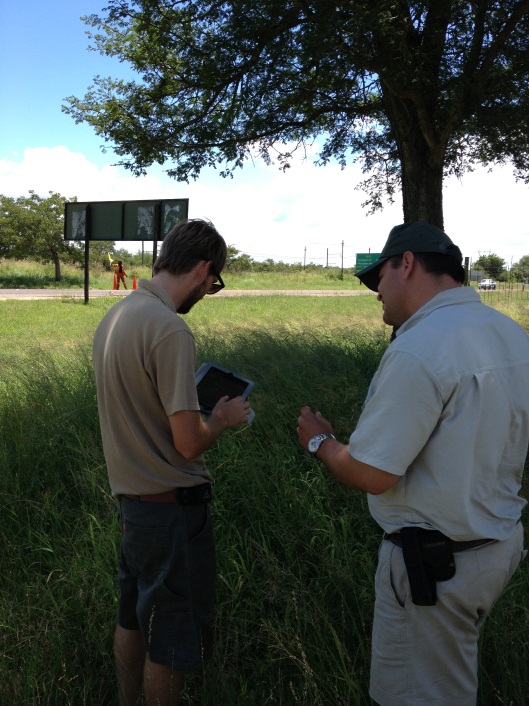 This is a meeting with another reserve, Manyaletti.  They are in very close proximity to Sabi Sand but do not fall under GRU because they are run by the government.  Canvas’ ability to work offline was mentioned quite a lot as a crucial feature for the rangers to be able to use as cell reception is limited. 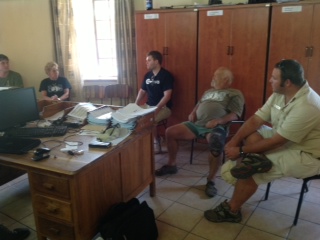