Movie Mondays: 5 Lessons in Business Success from the Princess Bride

The Princess Bride has been one of my favorite movies ever since I was little. Growing up, I may have changed, but the movie only got better. Looking at it now, I don’t just see an entertaining classic film, but also many great lessons for business success (and none involve a land war with Asia!)

1. Remain True to your Brand

As Westley and Buttercup travel through the fire swamp, he explains to her how he came to take on the name Dread Pirate Roberts. Multiple men had been the Dread Pirate Roberts before him, each retiring and giving the name onto their successor. Why? The name inspired fear, allowing the pirates to get rich. The name was a reputation that expanded into a brand. Each Roberts used it to further and further success. 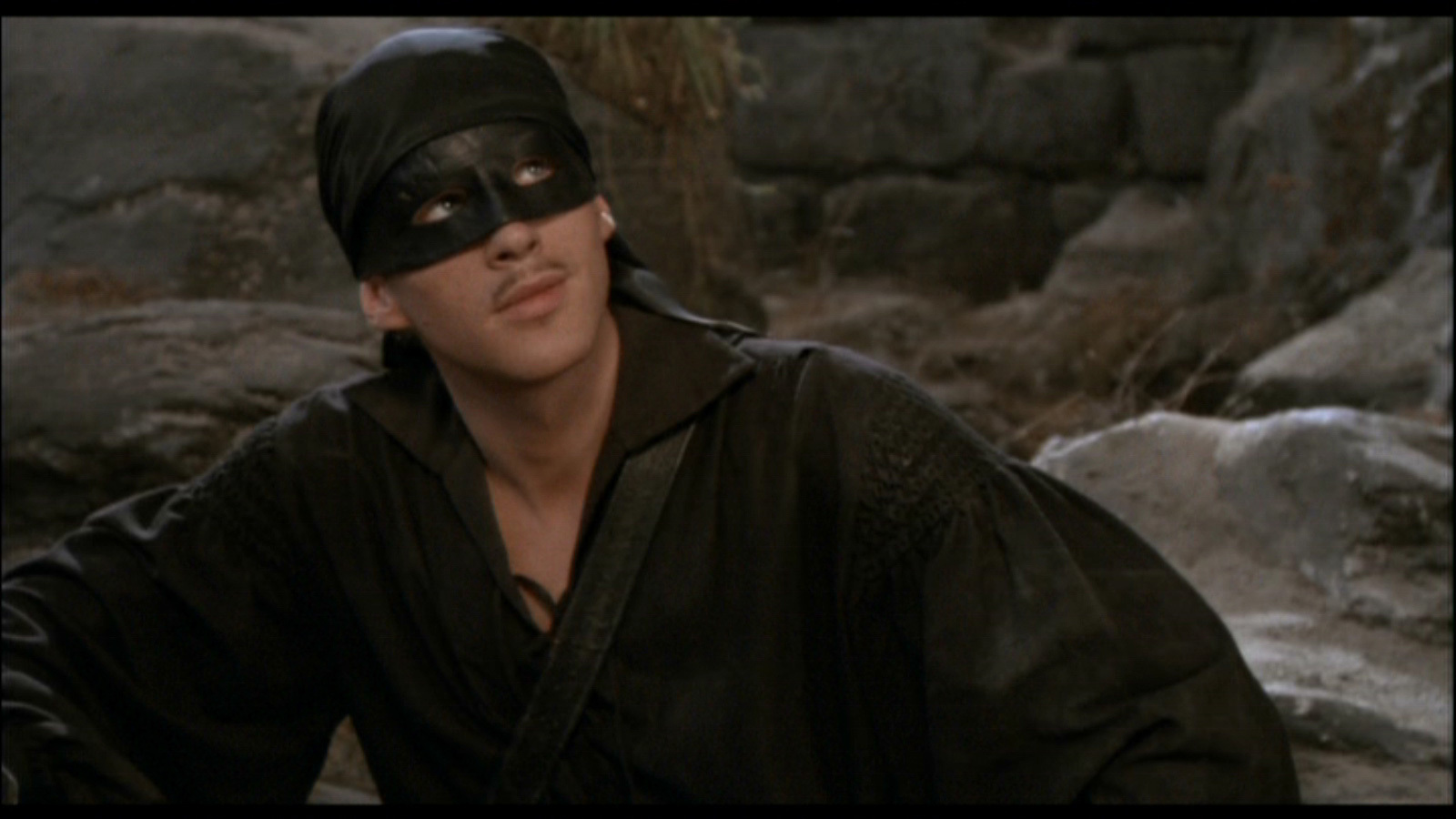 Maintaining apperances is just one aspect of a great brand (MGM, 1987)

In this age of failing fast, successful pivots, and changing markets, how do you stay true to your brand? As consumers become savvier, it’s not just about great service, and maintaining a façade: Brand has to be reflected in the internal culture.

When reflecting on your culture, you need to ask yourself: What are your values? What is your real mission as an organization? Once you understand not only what you want to do, but the how and the why, you have a compass for your culture.

2. Think Outside the Box

To rescue Buttercup, Westley challenges Vizzini to a battle of wits. With two goblets of wine before them, Westley asks Vizzini, “Where is the poison?” Vizzini has to figure out where the poison is, and choose which goblet to drink from. After minutes of back and forth, Vizzini finally chooses, thinking he has won, but he falls over, dead.

As they are leaving Buttercup asks him about the iocane. Westley reveals that the poison was in both goblets. He had slowly been building a tolerance to the poison. Vizzini died because he thought the choices were black and white. He died inside his own mental box.

So how can businesses avoid Vizzini’s deathly trap? Take a moment to look at a problem from a different angle. For instance, perhaps your goal is to be more efficient. There’s always work unfinished, leaving you feeling behind. Your first reaction may be to do productivity research and find ways to do more.

But there’s another angle you can take. Instead ramping up your work day, can you automate your processes? This will take work off your plate, and help you focus on more creative tasks. One customer of ours was able to automate their data entry, saving them $40,000 a year in administrative costs. Whatever your problem is, take time to really know what the issue is before solving it. Then, you can be sure to see the pain point from multiple angles, and deal with it successfully.

Inigo Motoya has been trying to get revenge against a six finger man for over twenty years. When Fezzik discovers that the six finger man works for prince Humperdinck, he and Fezzik choose to ally themselves with Westley. While once their goals were competitive, suddenly, their missions dovetail. Together, they are able to storm the castle. As allies, Wesley rescues Buttercup and Inigo is finally able to get revenge. 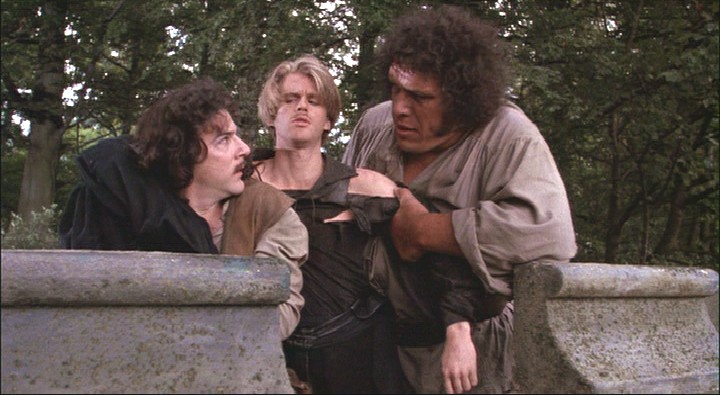 Inigo, Westley, and Fezzik work together to storm the castle (MGM, 1987).

Mutually beneficial partnerships can also help businesses to succeed in new ventures, or strengthen older missions. Even big companies, such as Taco Bell, do partnerships, such as their work with Doritos for the Dorito Loco Taco. Some signs of a good partnership include:

Great partnerships aren’t only between companies. Within your company, identifying your personal strengths and weaknesses can help you reach out to others in your department or company. Perhaps Joe in business development is better at identifying weak points than you. He could help if you’re creating a new proposal, even if it’s for marketing or sales. Later, he might ask you to help look over a presentation for copy to ensure it has convincing language. While informal, these small asks can make the overall work at your company stronger.

Whether internally or externally, a great partnership combines strengths, limits your costs, and allows you to expand in new and exciting ways, and make money (as well as rescuing the girl).

Again and again Westley defies expectations throughout the movie. He climbs the Cliffs of Insanity, defeats a giant, outwits a Sicilian, and even survives being almost dead. Again and again, people assume that he can’t do something, or is no longer a threat. It is in these moments that Westley is the most dangerous.

Upsetting norms isn’t easy, but it gives you a competitive advantage. Why? It’s an unexpected move. Your competitors haven’t positioned against it. Instead, they are forced to play catch up, while you can continue to innovate.

These challenges don’t have to be large scale moves. One premier pool service company was able to surprise and delight their customers with one simple switch. Instead of leaving paper service tickets after a cleaning, this company now gives their customers a clean PDF that goes straight to their email. With easy to read text and photos, customers have fewer questions about needed repairs, and can easily organize and store their service tickets.

Their competitors may still leave hard to read paper receipts, but this company has a waiting list of potential customers. All because they decided customer could have a better service experience.

5. When it Gets Tough, Persevere

But Inigo doesn’t give up. Instead, he takes the knife out of his gut, and begins to stand again. He gathers his strength and continues to fight. In the end, Inigo kills the six fingered man, finally getting his revenge. His perseverance doesn’t just last twenty years, it lasts for a crucial 2-3 minutes of intense pain to finish what he started.

So how do you know when to fail fast and when to persevere? These two aren’t mutually exclusive, but instead different perspectives. Failing fast is more about strategy and tactics and the short term. Is this one angle, this one way of doing things working for our company? In that instance, failing fast works. It helps you quickly identify and pounce on success, as well experiment to grow your business with limited negative effects on your business.

Perseverance, on the other hand, is for the longer term ideas. This is belief in your business, and willingness to do what it takes to be a success. Inigo’s revenge wasn’t about finding the six fingered man immediately. It included sword training, fighting, becoming the best version of himself. So too with business, perseverance is finding the right employees, and the right strategy to make your ideas a successful reality. Hopefully it won’t take you 20 years, but like Inigo’s journey, it isn’t easy.

It’s hard to believe that The Princess Bride came out 28 years ago. This movie is timeless, not only for its comedy, but lessons that all businesses can learn from.

Do You Want to Save Time and Money?

Learn how with our free guide