The History of the Consumerization of Mobile Technology (Part I) 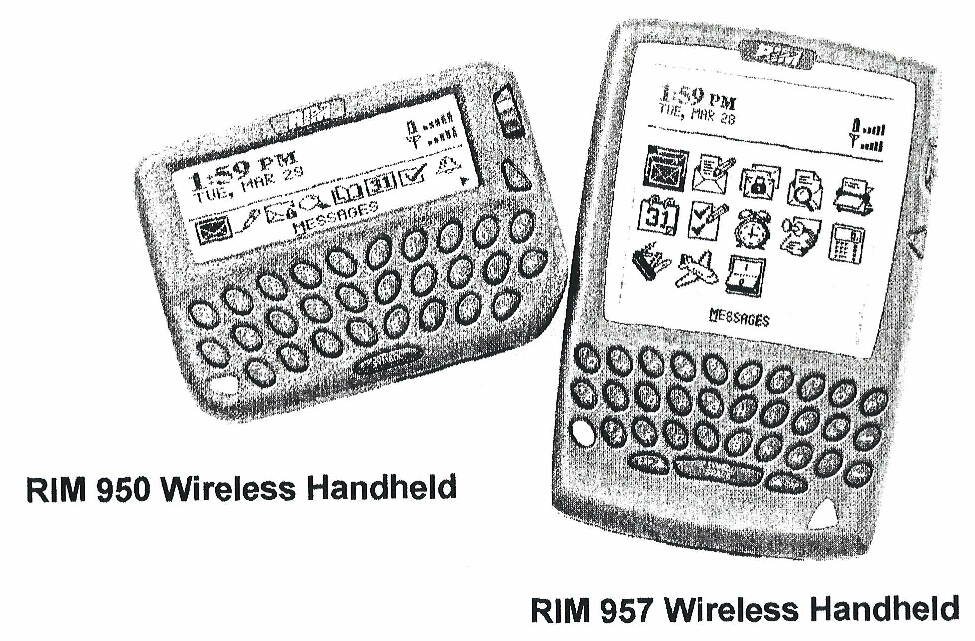 The “Consumerization” of technology is the buzz word du jour, but for those of us in the mobile technology space this is a revolution that has been many years in the making and it wasn’t Apple nor the iPhone that launched the first volley.   The Consumerization of technology is effectively what happens when you have massive consumer adoption in a tech space and how that activity then bleeds over to businesses and enterprises.  Typical off shoots of consumerization is a dramatic lowering of prices, ease of use, elegance of operation and a more dramatic availability of that technology.  The revolution in home computing is one example usually given of consumerization,  and how that rapid adoption then helped to drive computer prices down in the work place as well as making the operating systems/interfaces easier to work with.  For those wanting a deeper dive into the term… check out Wikipedia’s definition here.

The iPhone certainly attacked the business side through straight massive consumerization, but RIM paved the way for this transformation very early on by moving from a straight enterprise play to consumer play and then back again.   When cleaning up and tossing out some old documents of mine, I found one of the original sales presentations for the earliest BlackBerry devices.  Our company at that time (Aether System – arguably the first major BlackBerry reseller) had created this deck in conjunction with RIM to help pitch the NEW BlackBerry to businesses.  It is a fascinating read, and shows you how in the early days of selling mobile technology what we would consider today to be “table stakes” had to be sold like a heavy return on investment (ROI) driven enterprise solution.   RIM_Sales_Pitch_2001_v2.pdf

Here are a few highlights: 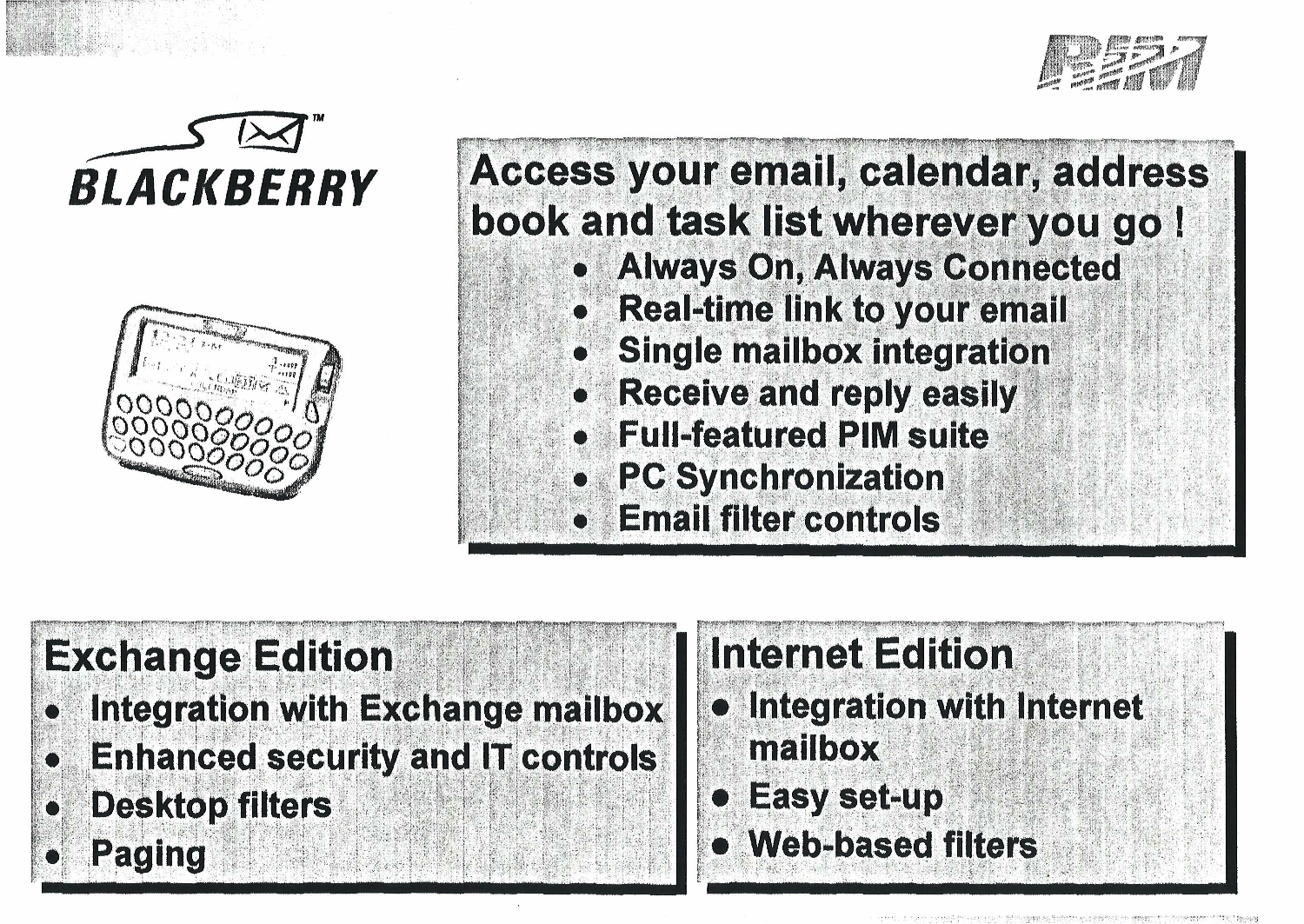 Selling people on the ROI of BlackBerry. 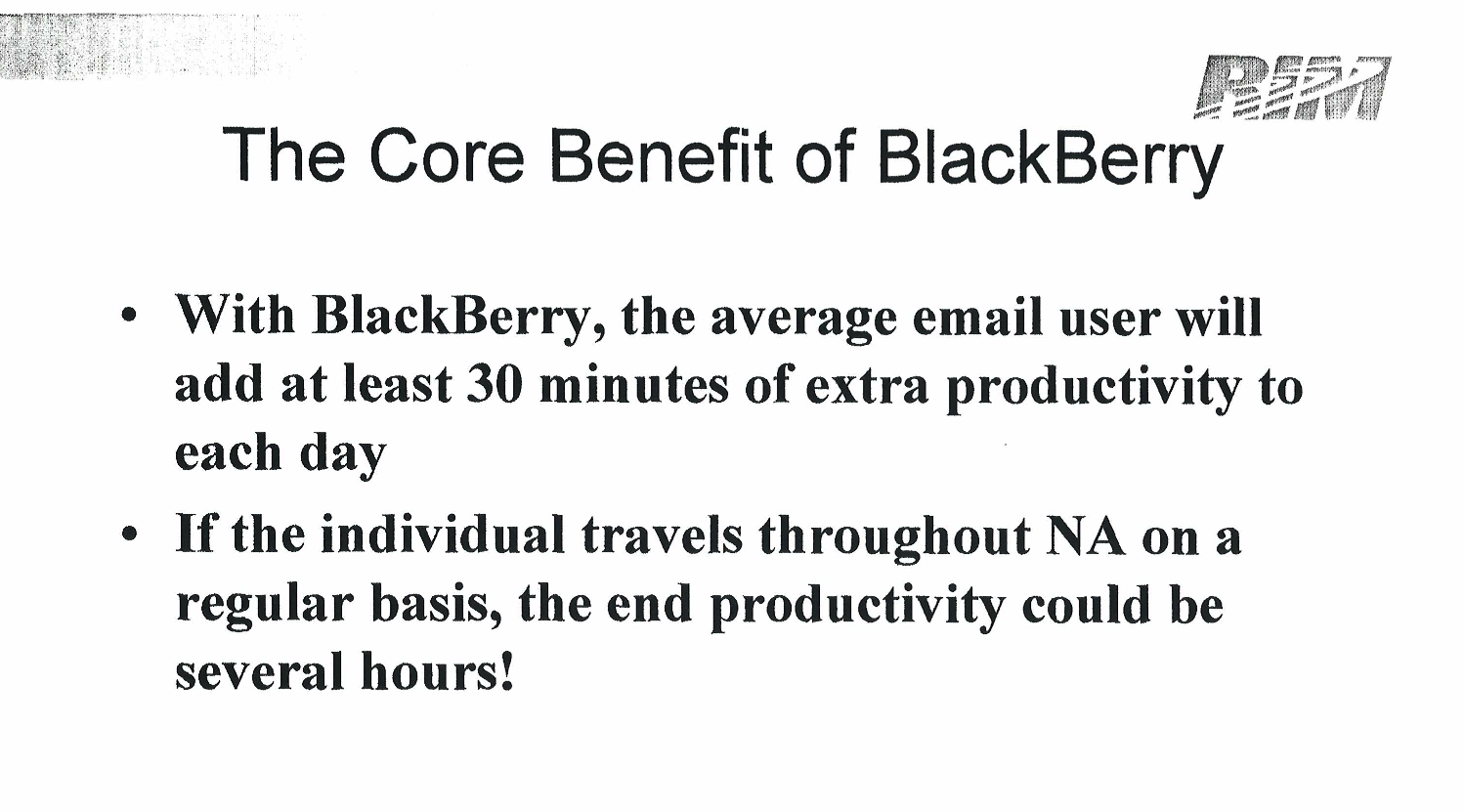 RIM was on the cutting edge of convincing clients the power of the basics of mobility. 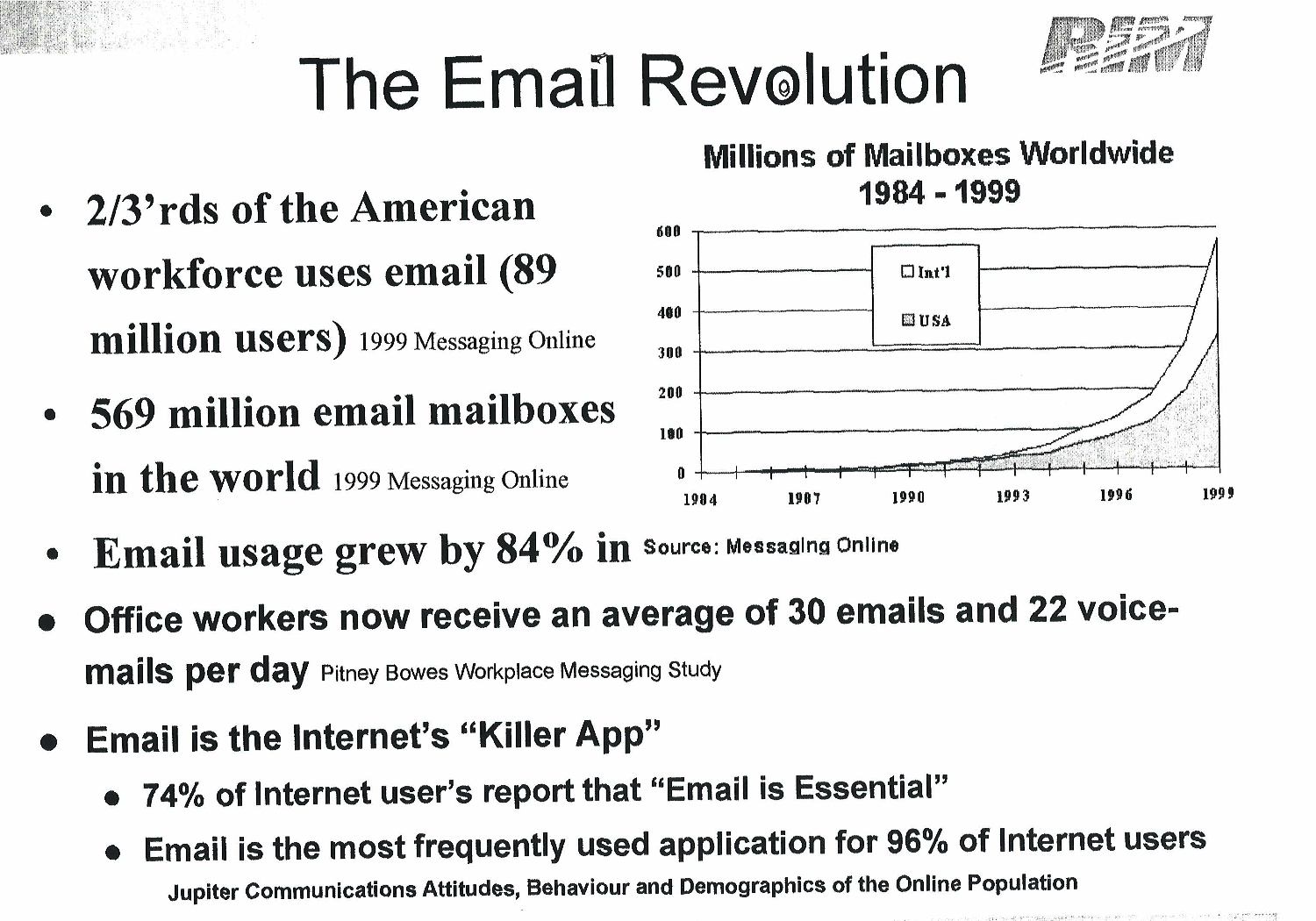 RIM changed their strategy as mobile e-mail became a pure… necessity.  We used to call it the “Puppy Dog” sale, when we stopped trying to sell the ROI of mobile email and just started giving C-level executives an extended trial. Once we did it was near impossible to remove the puppy from their hands again.   When organizations go from hard core ROI calculations to a direct realization that they can’t live without this tool – then mass adoption moves faster.   RIM has come along way since then, and their new 7.0 devices are actually quite amazing.   RIM made is possible for those after and as consumers started picking up BlackBerry devices in mass is when device manufacturers woke up to the potential.