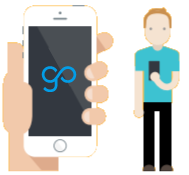 Every month we recap the biggest tech hires and departures in the D.C. area over the past month. To get hiring and other local innovation news daily, sign up for The Beat. Here’s our list of the top hires in D.C. innovation for February:

Lanham, Md.-based 2U hired a new chief privacy officer, the company announced on Feb. 5. Katie Race Brin, who recently served as CPO at the Federal Trade Commission, will help oversee the company’s privacy and security safeguards. While at the FTC, Brin reported to the chairman and counseled them on privacy-related issues, and she also managed the FTC’s internal privacy program.

2U also made a notable board addition on Feb. 22. According to a press release, Greg Peters, the chief product officer at Netflix, has selected 2U as his first board position. Peters is the edtech company’s first tech expert to join the board, and he has been with Netflix for nearly a decade now.

D.C. startup Arcadia Power expanded its leadership team on Feb. 6 as the company gears up for a big year. With that, the company brought on Sourav Nayak as its VP of finance, Chris Haines as head of product, Nancy Hersh as the data science adviser and Kate Henningsen as SVP of operations and general counsel. Henningsen has already been with Arcadia Power, but in other roles, since 2015.

Alexandria, Va.-based Research Innovations has a new vice president in its ranks as of Feb. 7. Doug Greenlaw joins the team as its new vice president of strategic growth, developing corporate strategy and overseeing long-term growth. Most recently Greenlaw was at Lockheed Martin as their chief executive for Asia.

Reston, Va.-based GoCanvas has a new chief product officer. According to a release on Feb. 13, Ben Foster is joining the mobile platform company as its new chief product officer. Foster’s resume includes a tenure at eBay in the early 2000s before heading to D.C.’s Opower. Since 2014, Foster has been an adviser to more than 40 tech companies up and down the East Coast, including FiscalNote, Contactually and Stardog Union.

Reston, Va.-based cybersecurity startup Graphus added a few key local players to its advisory board. According to a press release, the startup added Bob Korzeniewski, former EVP of VeriSign and CFO of Network Solutions; Bret Kinsella, CEO of Act with Edge and publisher and editor of Voicebot.ai; and Rick Gordon, director of Inova Personalized Health Accelerator and the former managing partner of the MACH37 cyber accelerator.

Alexandria, Va.-based Savi Technology added a Nokia executive to the company’s board of advisors. Johannes Giloth joins the supply chain management software company’s board after more than a decade at Nokia. Currently, Giloth is the chief procurement officer and senior vice president of operations at Nokia where he oversees all aspects of operations accountability.