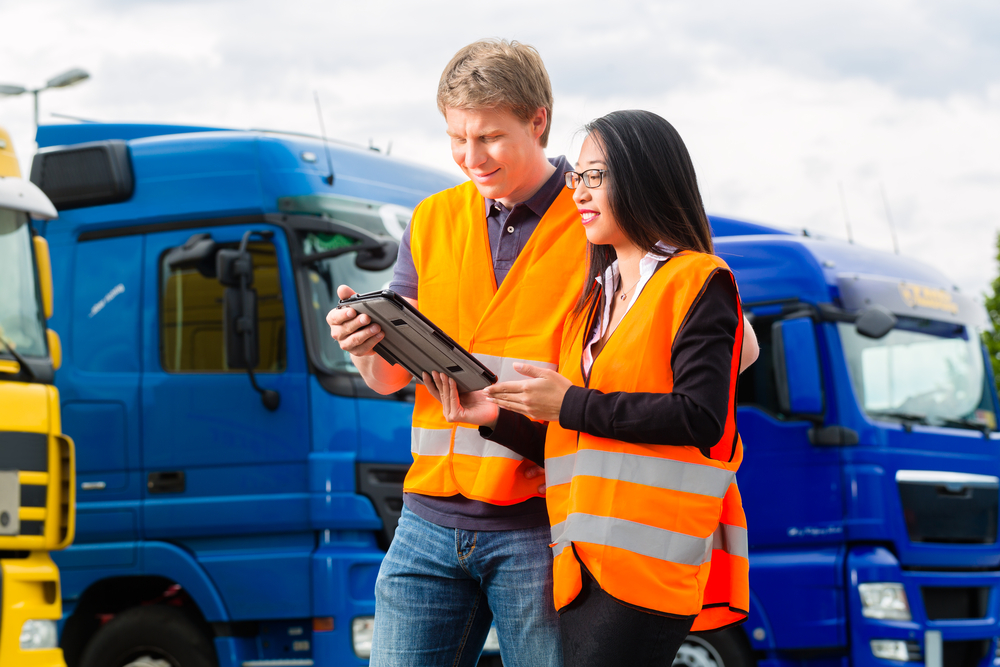 3 Ways to Tap Data and Better Manage Your Vehicle Fleet Does your business have a fleet of 5-20 vehicles? Maybe several hundred or more? No matter the size of your fleet, data has the power to keep your vehicles running more efficiently, keep your drivers safer, and kick your business into the next gear.

Here are three ways data can be an engine for efficiency and improved safety:

Automotive Resources International, a private vehicle fleet manager, manages 860,000 vehicles for clients whose fleets range in size from a few hundred to 10,000. ARI has to buy vehicles, modify them, train drivers, and handle scheduling and operations, fuel management, and maintenance.

Say a vehicle needs a minor repair. It's not just a matter of taking it to the shop. “A host of questions must be considered,” Haindl told Forbes. “Should we do a minimum repair or a maximum repair? What is the economic impact of the downtime for the vehicle? How long will it take to get the needed parts? Does the client want to minimize cost or downtime?”

Before the era of big data, not all of these question could be answered, or if they could, it would take a human expert to do the analysis. Now, much of that analysis is automated, guided by thousands of rules tailored to each client. When a call comes into ARI’s call center, staffers are equipped with 14,000 metrics to guide their decision-making. “By making effective use of data, we have cut the time to make a decision in half, are saving large amounts on parts, and optimizing the metrics our clients deem most important,” says Haindl.

Here's another real-world example. Hewlett-Packard, which has 6,000 company-owned cars, put sensors in about 100 of them to track location, speed, when the car is running, etc. Some of the things HP learned through such “telematics” were not very interesting: Most trips took place on weekdays during work hours, for example. But HP also discovered that drivers using HP cars were more likely to stop at Shell gas stations. So, according to Network World, HP worked out a deal with Shell: Now, if a car is below one third of a tank of gas and a driver is near a Shell station, a program will alert the driver that there's a Shell nearby. In exchange, Shell is giving HP employees 10 cents off per gallon. HP thinks this move will save it $433,000.

You can achieve similar results with your own fleet, even if you can't yet afford to outfit your vehicles with telematics sensors (though the cost of such sensors is continually decreasing, and telematics company Telogics has predicted that all new vehicles will soon come with built-in telematics sensors).

Data gleaned from inspections and maintenance reports can tell you a lot. Even data from work orders can help you determine which vehicles are getting the most use.

If you are performing maintenance operations on your fleet at specific time intervals, rather than based on actual use, you may be overspending on maintenance, or missing the chance to correct problems before they get worse. According to Telogis, one utility that moved to servicing its truck booms based on actual usage saved $300,000 in maintenance costs in a single year.

Fleet managers have a responsibility to ensure driver safety. Not all crashes are preventable, but many (especially these days, in the era of smartphones, texting while driving, and other distractions) are avoidable. Reducing the number of crashes, even by half, would result in many fewer injuries on the road and reduce the associated costs of injury, lawsuits, and vehicle repair.

While vehicle telematics can be helpful with providing data on drivers who take risks behind the wheel, other sources of data like information collected on mobile forms including driving records, traffic violations, and accident reports can help companies identify drivers who should be watched closely. With digital hour logs, for example, you can be alerted immediately if one of your drivers is exceeding limits on driving hours, which could lead to an accident. And pre-trip checklists can ensure that drivers have gone through a prescribed series of steps to make sure their vehicle is road-ready each time, providing a record of vehicle status that is immediately available in the case of an accident or breakdown.

Telematics tracking software also can give you a picture into driving style. Is there excessive acceleration? Excessive braking? “If you’ve got a guy who’s accelerating a lot and is braking very harshly, [that] tells you that the guy is driving erratically, burning fuel, braking harshly because the chances are he’s too close to vehicles in front,” notes Steve Blackburn, vice president of North America sales and marketing for Nayman Wireless.

Use the data as an early warning system to find new solutions to put drivers in safety training programs. In other words, think improving, not policing. Be up front with your employees about what information you’ll be collecting, and why.

“I think telematics … has come a long way. It’s no longer really ‘Big Brother.’ We live in a world if there’s blame, there’s a claim and there’s liability. Everybody has to be aware of how they’re operating,” says Blackburn.

Unused vehicles are wasted assets, but too often trucks and other equipment can end up sitting idle in a yard.

With a mobile form, you can take regular inventory of your fleet to learn which vehicles aren’t getting used — and which should be moved or sold. This also helps with managing the efficiency of the business and fleet costs.

Or maybe the problem isn't necessarily that you have too many vehicles, but that they are not in the right place. The Hewlett-Packard trial of telematics in 100 cars found that an employee would drive to an airport and park in long-term parking, then go on a long business trip. “Meanwhile, dozens of other HP employees flew in and out of that same airport, some even renting their own vehicles. Why not allow another HP employee to use the vehicle that’s parked at the airport, sitting idle for an extended period of time?” noted Brandon Butler in Network World. Hewlett-Packard is planning to learn from this finding to implement more efficient new policies.

Ready to get started tapping into the power of data to better manage your fleet? There's no need to rush out and buy a hugely expensive software package. If you're already a GoCanvas user, you may have a cache of data in the form of maintenance logs and inspection reports waiting to be analyzed. Find out more about how to make that data work for you. Download our eBook, 3 Ways to Make Your Data Work for You.

Also be sure to check out our collection of customizable fleet and vehicle management mobile apps and forms for further inspiration.