Save Thousands of Dollars This Year:

The One Switch That Saved a Contractor Thousands of Dollars

Ace Contractors Group Pty Ltd, is an Australian-owned company offering a wide variety of services including Civil, Landscaping, Infrastructure, Environmental Management, Water Industry, Electrical, Plant, and Equipment. They work not only across Victoria but also in Perth, Western Australia, and NB Projects in Ceduna, South Australia and Wolumla in NSW. For over 40 years, they have delivered quality projects at the best value to their customers.

While Ace Contractors was growing across the region and beyond, their paper system wasn’t keeping up. Unless employees went and audited each site, it was difficult to ensure that their various locations were in compliance. This system required extensive work hours and was painfully slow.

In addition, each site supervisor was burdened with large amounts of paperwork. Any time a form was updated, someone had to send it to each of the various sites across the region. Paper forms were slowing down their work, and hindered communication between sites. Ace Contractors needed a solution that was faster but also thorough. 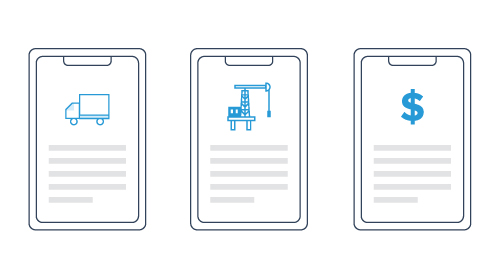 Ace Contractors started with a trial group of users to test going mobile. With an intuitive user experience, the group took to the mobile app quickly. Soon after, they expanded their use of GoCanvas to their site supervisors and finally onto the project managers.

They aren’t stopping there: They’re looking at ways to transition other forms to GoCanvas too!

From the beginning, Ace Contractors saw productivity gains. Monitoring compliance is now easy and does not require that someone from headquarters visit each site. Employees on-site can fill out compliance quickly at their respective locations. All forms are sent immediately to the cloud, so the central office receives the report the day any form is finished.

Updating forms has become easier too. Once the form is edited with the GoCanvas App Builder, it is immediately available to users no matter where they are. Switching to mobile apps has removed the issue of lost paper forms and strengthened communication between the sites and senior management.

In real terms, Ace Contractors reported saving over $2,200 in just four months. Michael Spiteri of Ace Contractors believes that, “we have most likely saved a lot more than that if you take into account form revision upgrades that do not require a person going to site with a handful of paper, time and effort to re-print, and being able to instantly be informed if there is an issue on site.”

With less time and effort, they receive more accurate information in real time and can focus on finishing great projects.

“Being able to know what is happening on your site is priceless.”
— Michael Spiteri, Ace Contractors

Chapter 1 | The Problem with Construction Paper Forms & the Simple Solution

Chapter 4 | How to Build an Inspection App in One Hour