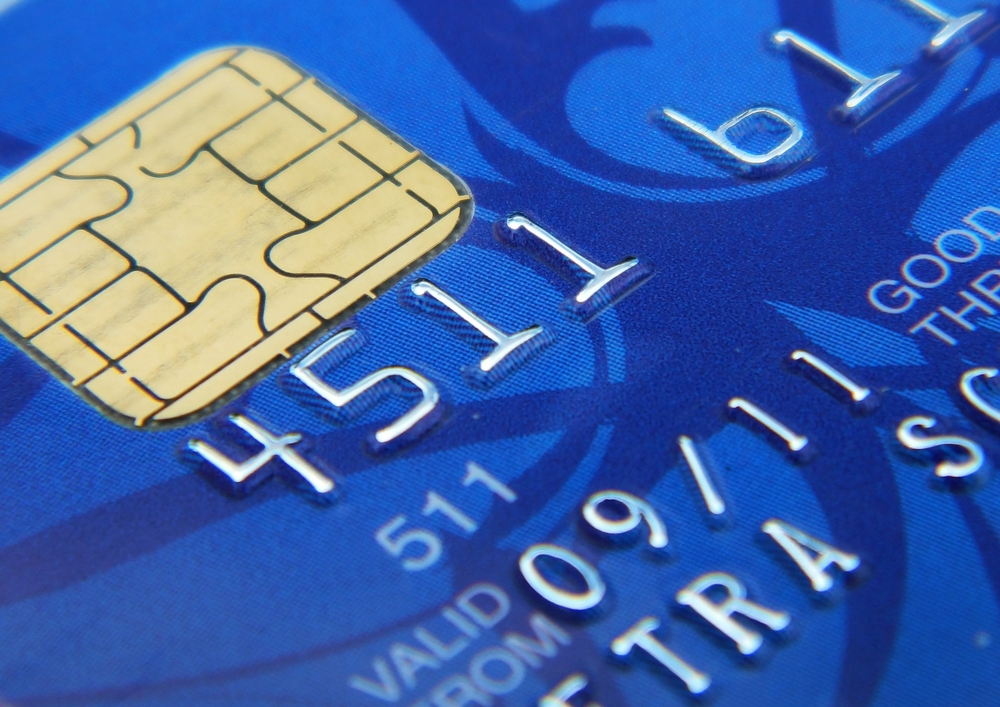 As of October 1, card issuers and other financial institutions in the U.S. saw liability rules change surrounding credit card fraud.

Under the old system, banks and card issuers paid when a consumer's credit card number was used for fraudulent purposes. On October 1, an “EMV liability shift” occurred, where the party with the less secure technology carries the burden for the fraud.

The biggest security feature that banks and card issuers have been rolling out in the last year is the EMV, or “chip” credit card. (EMV stands for Europay, Mastercard, and Visa, the three companies that originally created the standard.) Chip cards have been in use in Europe for years, but are only now becoming more widespread in the United States. These cards contain a small computer chip that is more secure than a traditional magnetic stripe card.

Why? Because anyone with a card skimmer, available online for less than $100, can steal the information from a magnetic stripe card. Magnetic stripe cards are so easy to compromise, in fact, that even though the U.S. is home to only a quarter of the world’s credit card transactions, it’s where half of all credit card fraud occurs.

But Visa says it's “virtually impossible” to do the same with a chip card, which generates a unique code every time it's used. That’s why U.S. banks are now issuing EMV cards: By late 2015, there will be 525 million chip cards active in the U.S., according to a senior Visa executive.

Now that the liability shift has taken place, if you don't have the technology to read the chips and have to revert to the old magnetic-stripe swipe, you could be on the hook for fraudulent charges. (If you have an EMV card reader but your customer still has an old magnetic stripe card, that customer’s bank would be liable for any fraud related to that transaction.)

Despite this scary thought, only one in four U.S. retailers were predicted to be ready to meet the deadline. In a survey from the Strawhecker Group, merchants said that they didn't have the ability to “dedicate resources to EMV readiness” and that their point-of-sale terminals weren't ready. Others said they believed EMV “is being overblown in terms of urgency.”

If you’re still using magnetic-stripe swipe technology, why continue to take the risk? It could leave you out hundreds or thousands of dollars and it's so easy to make the switch.

PayPal Here offers an EMV card reader that connects to an existing or new PayPal payment account so that you can accept both swipe-and-sign cards and EMV chip cards in the field. The card reader also uses Near-Field Communication (“NFC”) technology, so your customers could even pay with their Apple Pay-enabled iPhone.

It easily integrates with the mobile payments features in GoCanvas apps so you can accept payments from your customers on the spot.

It's true that some industry segments, like restaurants, are less likely to experience fraud. Yet just as fraud migrated to the U.S. after Europe switched to more secure cards, fraudsters are likely to go after the low-hanging fruit. If you’re only able to accept the less secure magnetic stripe cards, your business may become a more attractive target for fraud than the businesses of retailers that have invested in EMV technology.

A brief learning period
Customers may need some initial training on how to use the new chip cards. The cards can't be swiped quickly like traditional mag stripe cards; they need to be “dipped” into the POS system, which means inserting a card into the slot and waiting for it to process. Many ATMs already use this method, so some customers are already used to how it works. Others might need a few tries to get the hang of it, but it's not inherently any more difficult than swiping (and remember, it's more secure).

“It will take a tiny bit longer for that transmission of data to happen,” Dave Witts, president of U.S. payment systems for Creditcall, a payment gateway and EMV software developer, told CreditCards.com. “If a person just sticks the card in and pulls it out, the transaction will likely be denied. A little bit of patience will be involved.”

Try it now
It’s easy to get started by adding mobile payments capability to your GoCanvas app. If you’re not yet a GoCanvas customer, you can try us for 30 days for free and see how easy it is to take your paperwork — and your payments — online.