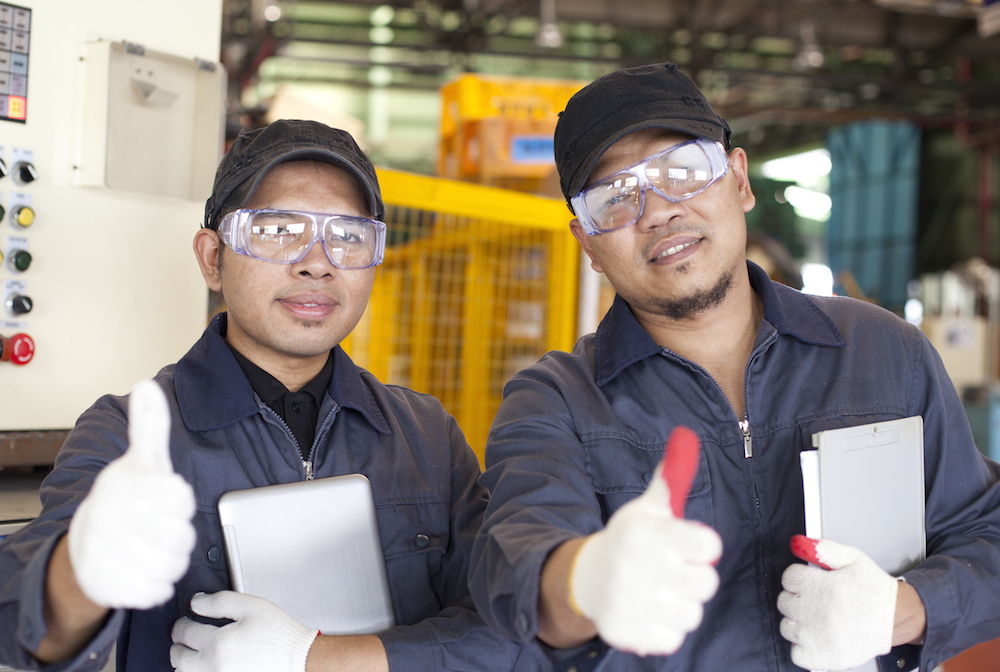 The construction industry has been rebounding since the lows of the last decade, but there’s a problem: Skilled labor is harder and harder to find.

For years now, wages have been on the upswing as the construction business picks up, but there are fewer workers to be found. A survey conducted last year by the Associated General Contractors of America found that as many as 86 percent of contractors are having difficulty filling craft worker positions, despite increasing pay rates.

Essentially there are just fewer workers to go around: a number of employees left the industry during the recession and either entered new industries or retired. Furthermore, many people from Mexico who were working in the U.S. left during the recession and have not returned due to increased immigration controls and better opportunities in their home country, Construction Dive reported.

“I think politically, the environment against immigration has changed some of the workforce dynamics and made it difficult to staff a lot of the trades,” Bud LaRosa, chief business performance officer and chief financial officer for Tocci Building Companies, told Construction Dive. “I don’t see that easing anytime in the next two to three years.”

So you know there’s a labor shortage. What can you do about it? And how do you keep your projects moving at the right staffing levels? Here are 3 ways.

How Make Skilled Workers Come to You

1. Pay fairly.
This is the most obvious, low-hanging fruit. If your wages aren’t in line with industry and geographic norms, you won’t be able to attract the best people.

2. Create a culture that values employees.
That means treating people fairly and with respect, but also creating incentives for them to stay — such as training. According to one source, training is “one of the most effective strategies for increasing the loyalty of your existing skilled workforce…and attracting qualified new hires. Training can also help you to reduce job costs, lower risk and improve productivity on the job site.” For every dollar invested in workforce training, according to the Construction Industry Institute, a company reaps a $3 ROI.

Mobile apps can help by providing easy-to-access tutorials or reference materials, so that training stops being “something you go to once over lunch” and instead becomes ongoing — even lifelong — learning.

3. Create a culture of safety.
The Associated General Contractors of America survey found that 15 percent of firms reported an increase in injuries and illnesses because of worker shortages. That’s because if companies are forced to work with a limited crew or hire less skilled workers, the potential for accidents – and subsequent OSHA fines, lawsuits and more, increases. Inexperienced workers are less apt to know what safety pitfalls to avoid and more apt to use equipment incorrectly — potentially endangering themselves and their fellow workers.

“People want to work where they feel safe, appreciated, and respected,” notes the CLMA’s Daniel Groves.

So safety is more important than ever. Not only does a culture of safety reduce the risk of accidents, but it also puts your company in a position to attract the best-qualified new applicants.

Using digital tools can help boost safety at the jobsite. For example, The Campaign to Prevent Falls in Construction, a joint effort by government-labor-management, has safety checklists for ladders and scaffolds. You could convert those checklists into a mobile app using GoCanvas so that the information is always at workers’ fingertips – making it much easier for workers to stay compliant without having to access and complete cumbersome paper forms. Or consider using a mobile lockout and tagout app to make sure your workers have a clear process for dealing with dangerous machinery.

Other important aspects of construction safety, such as proper PPE and fall protection, can also be easily and effectively monitored through a mobile app checklist.

In conclusion, the future for construction is bright. Construction spending is predicted to grow more than 5.5 percent in 2017 overall, and the upswing seems to show no signs of slowing down anytime soon. With the right people in place, your company could be poised for its best year yet.

Get your company started today with worker training, safety improvement, and more. Try GoCanvas free (no credit card or contract required). We’ll help you create your first app for Free, whether it’s to track costs, build estimates, or complete a safety inspection.