Slow Travel, Better Work: What 44 Hours on a Train Taught Me 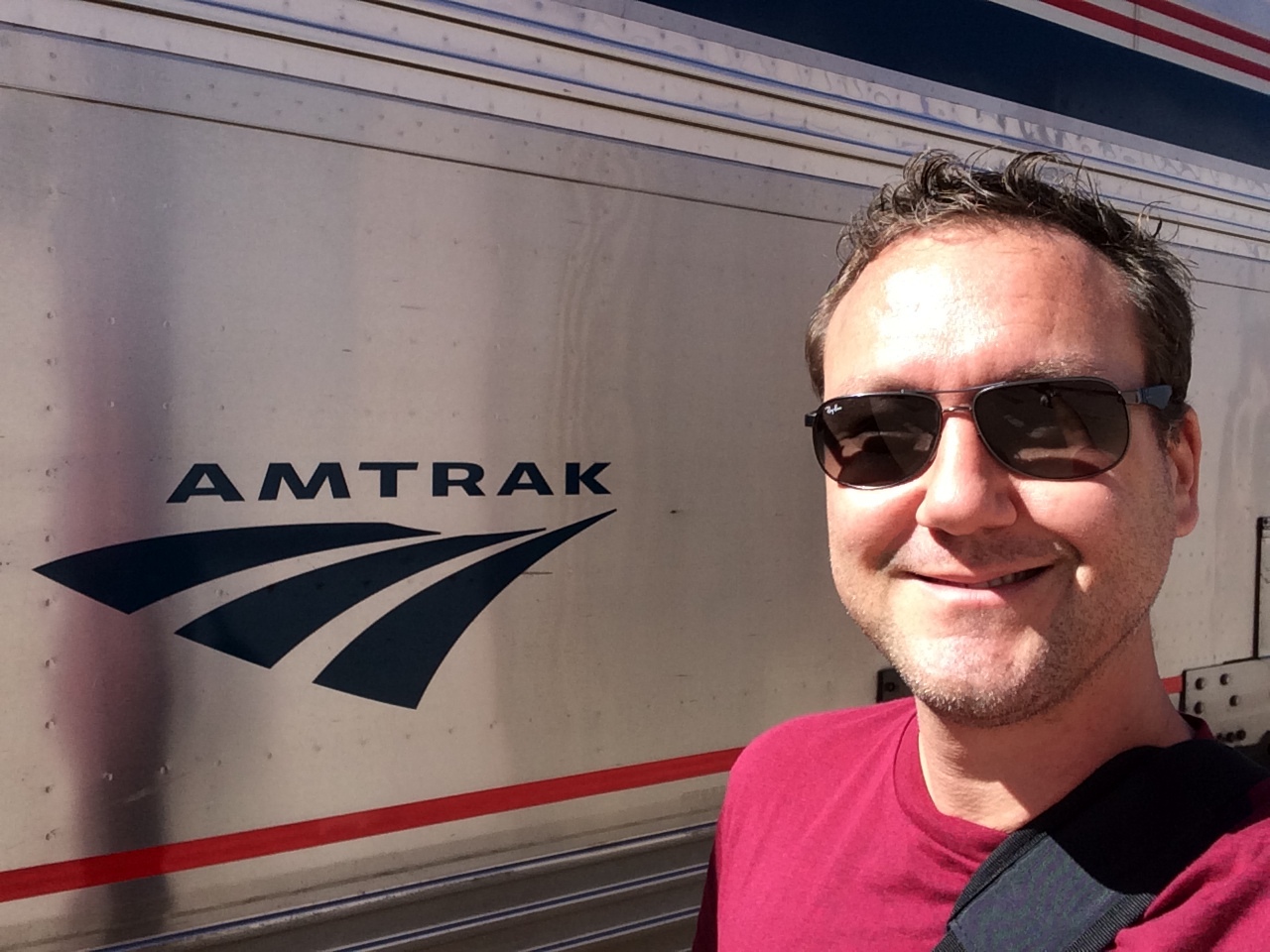 I put faith in American trains

Working in business development, I spend lots of time traveling. Sure there’s facetime, skype, email, and various other ways to connect. But there’s nothing like face to face meetings. So I drag out my worn passport, suitcase, and hit the road.

My latest trip to San Francisco started out like any other. Fly in for a week worth of meetings, present at a technology conference, and then head home to London. Suddenly though, my plans changed. I needed to be in Cincinnati for a meeting the following Monday.

With a weekend to kill, what were my options? I could either hang back in San Francisco, or arrive in Cincinnati three days early. That meant more flying, and traveling through airports. That look more and more like each other.

Suddenly, an idea popped into my head. What about a train? Living in the UK, the longest train ride is maybe 5-6 hours. But here I could deliberately stretch it out to days and get to check out Amtrak. Always looked interesting in the movies. I’d finally get to see this mythical place called “middle America”. And maybe, just maybe, on a train full of strangers, I’d also have some time to myself.

So I took one quick flight to Salt Lake City to catch up with Amtrak’s ‘California Zephyr’ train and at 3am I began my journey east.

Train travel across the bread basket.

Armed with my laptop, wi-fi puck, and cell phone, the train sped up and I began to slow down. My week of meetings in San Francisco had given me hours worth of deliverables and emails to respond to (I also had the personal goal of finding a toothbrush…difficult to do with only three minute stops every six hours!)

Normally, trying to catch up means hoping to finish a to-do list that’s constantly interrupted by meetings, and chats with co-workers. Don’t get me wrong, there’s a reason I’m in business development: I love chatting with people. But these chats can leave me feeling further and further behind.

But on the train, I couldn’t be pulled into a meeting. The only thing in between me and my to-do list was the slowly changing American landscape. I didn’t have to squeeze in emails or projects between meetings. I just did what I needed to at my own pace.

The science of slowing down

I’m not the only one that’s realizing the benefits of slowing down. Studies show we’re most productive not working long grueling hours but just 40 a week. More than just less hours, unplugging can make us better at work too. One study shows that people performed better on creativity tests after spending four days in nature.

Want to delve further into slowness? Carl Honore explains the importance of slowing down.

While I wasn’t outside much, I did savor the landscapes while working. Every couple of hours, I had mini missions, or sections of my to-do list to get done. My reward? Getting to take photos of the scenery, or chatting with other people on the train.

I wasn’t just going downstairs to get coffee. But stumbling upon research for truly effective breaks. I could stretch, incorporating physical movement to clear my head and get blood pumping. While I wasn’t going outside, I was taking notice of nature, photographing the landscape (exposure to nature can decrease stress and be a great mood lifter.)

I also made it social: I discussed flora with a master botanist (did you know there are 1000s of varieties of green leaves? She could spot the difference from the train!) I also learned about space shuttle launches from a chatty NASA project manager. As a Brit who works in the mobile tech industry, it’s impossible not to be taken to another world when talking to such different people.

I can’t always hop on a train to watch 1,000 miles of wheat fields pass me by. I’m still going to have to go through airports, sit in uncomfortable seats, and be interrupted daily.

But this trip showed me some real benefits of slowing down and savoring moments. I was able to get more done, felt more recharged from taking breaks and changing up my schedule. In London, my breaks may only be a walk around the block, or a fifteen minute meditation. But in future I plan on unplugging, and slowing down way more often. I have a sneaky suspicion I may get more done.

Are you ready to rethink your work?

Businesses of all kinds are collecting and using information in real time. Learn more in our free ebook: