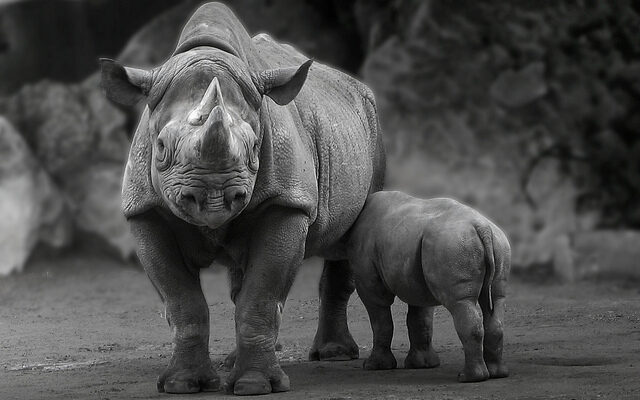 Sabi Sand Game Reserve is a group of game reserves located adjacent to the Kruger National Park. Named for the Sabie and Sand Rivers that border it, the Sabi Sand Reserve is the home to many wild animals including the Big Five. The Big Five are the five big game animals people travel from around the world to see. They include the African elephant, Cape buffalo, African leopard, and the White/Black rhino. 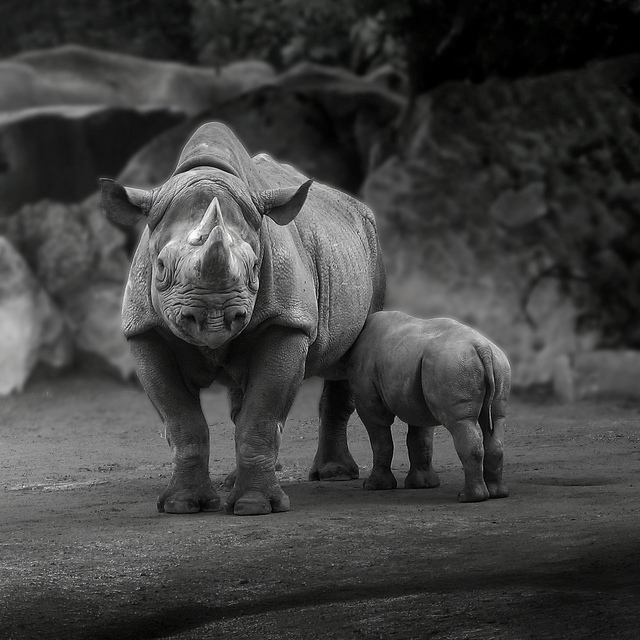 The game reserve was struggling though with a problem seen throughout South Africa: rhino poaching. Rhino horns have become a symbol of status. Others believe rhino horn can cure cancer and other illnesses.

While these myths have been dispelled, rhino horns remain sought out. A single rhino horn can be sold for $10,000. This demand has given rise to a well organized crime syndicate around poaching rhino horn.

While rhinos don’t have to be killed to get their horns, they often are. In 2012 668 rhinos were killed and that number rose to over 1,000 in 2013. Unfortunately, the Sabi Sand Game Reserve saw the rise in poaching like the rest of South Africa.

They tried to track the rhino poaching. But with only a clipboard, this process was slow, and difficult to gather. The Sabi Sand Reserve couldn’t keep up with the well-funded crime groups.

Mike Grover, a conservation officer, decided that the reserve needed a solution that was faster to help protect their rhinos.

In July 2012, Sabi Sand Game Reserve decided to go with GoCanvas, the global leader in mobile apps for business. As part of our Ante Up program, GoCanvas provided our service as well as equipment to get started.

As part of the program, GoCanvas also sent a Senior Mobile App Consultant to South Africa to help the Game Reserve get started with GoCanvas.

Sabi Sand found itself in the same position thousands of GoCanvas customers have; the GoCanvas platform—with 14,000+ customizable mobile apps, the app builder and real-time app management—strengthened their internal processes.

Over the past two years, the Sabi Sand Game Reserve has experience real, measurable benefits from implementing GoCanvas. Some of these include:

Previously, all tracking had been done with pen and paper. With conservation officers all over the reserve, it could be hours or days before a report of a poached rhino returned to the office.

With GoCanvas, all tracking reports are sent immediately to the cloud. Not only is the documentation safe and secure, but also saves the conservation team hundreds of hours. They can respond to rhino poaching more quickly with better safeguards. GoCanvas provides Sabi Sand a streamlined system, saving them hundreds of hours.

With time freed from paper processes, the game reserve can respond quickly and thoroughly to save Rhinos.

Paper reports limited the Sabi Sand Reserve’s ability to gather information. They could take notes, do an approximate location, but capturing images and other information was cumbersome and time consuming.

Going with a mobile app allowed Sabi Sand to expand their information in important and exciting ways. Now they can take photos of rhinos injured or killed, as well as tracks the poachers left. With GPS, they can capture an accurate location where the poaching occurred as well.

If a poacher is caught, he can be prosecuted for the crime he was caught committing as well as any other crime that has been documented in the past.

Like many GoCanvas customers, the Sabi Sand Game Reserve has found more ways to use GoCanvas as they became comfortable with the technology. Tracking animal health used to have some of the same problems that tracking rhino poaching: slow, cumbersome, and difficult to gather complete information.

Today, Sabi Sand uses GoCanvas to track animal health. When a lioness, for instance, had been in contact with a rabid dog, conservation officers were able to document her health and keep an eye on her pride’s health in real time. GoCanvas mobile apps improves the conservation officers’ ability to protect the animals and respond quickly to health issues.

As a cloud-based, mobile platform combined with an easy-to-use mobile app builder, GoCanvas provides Sabi Sand the flexibility to quickly add new features and functionality to any of their mobile apps. As needs evolve and change, GoCanvas apps can be updated easily, with no programming required.

For instance, as Sabi Sand found the rabid dogs were affecting animal health, they went into their GoCanvas account and simply created a new tracking app. Within seconds, these changes will be updated for all their users.

Now they can monitor where and when the rabid dogs cross over into the reserve. Then, they can easily find and inoculate these dogs, ensuring that diseases aren’t spread to the big game animals in the reserve.

Other mobile app alternatives make this process cumbersome or costly, weakening the effectiveness of their platforms. With GoCanvas it is a frictionless process at no additional cost.

Do you want to save hundreds of hours this year?

Go with a mobile app and discover the benefit of real time information.