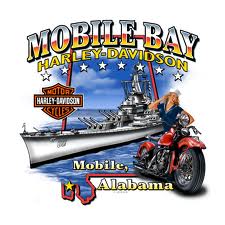 A Harley Davidson Dealership in Mobile, Alabama has left paper in the dust in favor of GoCanvas mobile apps on iPads, iPhones and Android devices. The dealership’s Chief Financial Officer wanted a different way for his sales team to communicate with their customers and a more efficient way to pass that data along to him. After trying a few different mobile forms solutions he found GoCanvas to be the easiest and most intuitive to set up.

Mobile Bay Harley Davidson’s sales members are using the apps to fill out Motorcycle Prospect Cards and what they call an “Up Card” on their personal mobile phones and tablets. The CFO built his own app within GoCanvas by referencing a Customer Prospect Card form from an old spiral bound notebook. All of the company’s sales people previously filled out this information on paper forms when speaking with customers, which made reporting a timely and cumbersome task for the CFO.

The motorcycle prospect card collects basic customer contact information and documents the sales process by, capturing data about the lead source, level of interest, new or used vehicle, product of interest, possible trade, and the type of interaction that occurred (handshake, conversation, etc.).

On the final screen of the app the sales person can include any notes about the prospect as well as the next date to reach out, and activity to engage the customer in.

The Up Card, which concisely documents interactions between new prospects that visit the dealership, is something new the dealership has incorporated thanks to GoCanvas. The app took minutes to create and seconds to deploy the entire sales force.

These apps along with Canvas’s sophisticated backend functionality allow the CFO to quickly report on the number of prospects and “ups” they’re engaging. The dealership is exploring new ways to utilize the GoCanvas service to take paper process mobile in Mobile. It’s already purchased two iPads for members of the sales force and will be equipping the rest with iPads soon so they no longer have to use their personal devices.

Have some money left in your budget this year? GoCanvas annual plans really are the gifts that keep on giving year round. If you’ve been with us on a PayGo or Monthly plan for a while, maybe it’s time to upgrade. If you’re just checking us out, spread some holiday cheer around the office with some new phones and tablets. The money and time you could save with GoCanvas will make the expense well worth it. Who knows, you may profit enough to purchase a Harley of your own. Just be sure to check out the showroom at http://www.mobilebayharley.com and stop by if you’re in the area.