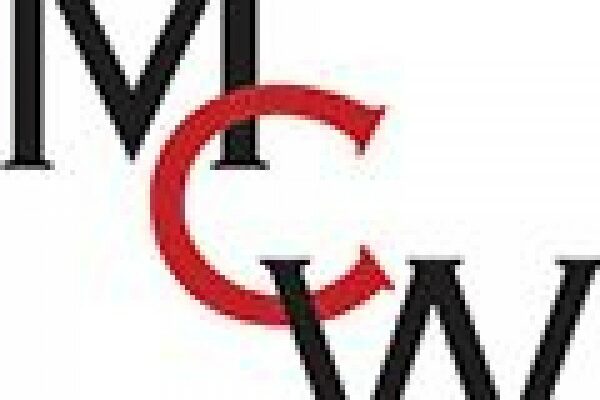 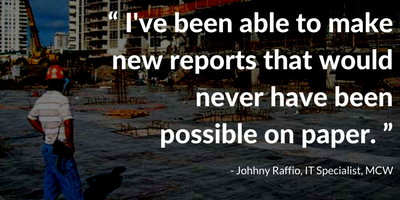 Cracks in the Foundation

Change is never easy, especially for small businesses who are used to doing things a certain way. The same was true for Metro Caulking & Waterproofing. For over 25 years MCW had been using paper forms to service and complete construction jobs in South Florida but found as their business grew, it became increasingly more difficult to maintain their high standards of efficiency and productivity.

Paper forms become an issue for any small business as it begins to scale and take on more projects, and that is exactly what happened to MCW. As they started to expand outside of their general South Florida region, MCW began having issues with the visibility of the data being collected. This was primarily caused by paper reports not being returned on time, being lost during transit, as well as the increase in time spent on manual reporting. MCW couldn’t afford to wait days or weeks in order to know the status of a project. These delays would effect the proper billing of projects and ultimately cost the company money.

These reasons and more are why Johnny Raffio, IT Specialist at MCW, sought out a solution to streamline the way his field users collected, shared, and analyzed project data.

The start of making the transition from paper to mobile forms began with thoroughly understanding Metro Caulking & Waterproofing’s processes, and locating where the biggest speed bumps resided. Once understood, converting the most used daily inspection reports was key to gaining early adoption by MCW’s field users. It was extremely important to show MCW’s field users the instant impact that GoCanvas could make on their daily data collection process in order for them to embrace this new technology. Fortunately, thanks to GoCanvas’s no-code App Builder, MCW’s technicians were using the new mobile versions of their original paper forms in just a few days. The feedback, to say the least, was amazing.

“I’ve been able to make new reports that would never be able to happen on paper.”

It quickly became obvious to Johhny and his team from the beginning why mobile forms would make a huge impact on their growing small business. The ability to capture and attach photos directly to their site reports, the integration of project and cost codes directly into their mobile forms, and the backend connection of their GoCanvas Database to their 3rd party cloud software are just a few of the reasons why MCW has never turned back to using paper. Johnny Raffio commented that GoCanvas has allowed him to “make new reports that would never be able to happen on paper. Using GoCanvas has sparked new ideas, made employees aware of safety regulations, (allowed us to) easily find and view all reports, and automatically import payroll.”

Since implementing GoCanvas to their field staff just over 2 years ago, Metro Caulking & Waterproofing has seen a dramatic shift in the way they collect and share data. Instead of spending hours every month on data lookup, manual re-entry, and report creation, MCW now focuses this time on acquiring new clients and completing more projects.

Going paperless has allowed MCW to: