There really is a lot of good in the world despite what you hear on the news!  Stars and Stripes Honor Flight, Inc., which is part of the Honor Flight Network, sponsored an event on Saturday, August 11, 2012 at Miller Park in Milwaukee, WI.  The event was called “Field of Honor: A Salute to the Greatest Generation”.  At the event the world premiere of a documentary film called “Honor Flight” was viewed before an audience of over 28,000 people.  This broke the Guiness Book of World Records for the largest movie screening and raised awareness for a tremendous cause.

The Honor Flight Network's mission is to transport veterans to Washington, DC to view their memorials.  They focus on older veterans and terminally ill veterans who might never get an opportunity to view the memorials built in their honor for their sacrifices.  75% of the WWII veterans had passed away when their memorial was built in Washington, DC.  1,000 WWII veterans pass away each day  so there is a lot of urgency to get as many of them to DC as possible.  This is done free of charge for the veterans as a way to thank them for their service to the United States of America.  There are Honor Flight hubs all over the United States that help their local veterans get to Washington, DC to view their memorials.

Stars and Stripes Honor Flight, Inc., the Honor Flight hub in Milwaukee, WI, organized a special event called Field of Honor to raise awareness for this worthy cause.  Filmmakers Dan Hayes and Clay Broga from Freethink Media filmed the activities of this regional hub and produced the feature length documentary “Honor Flight” to tell the stories of some of WWII veterans and the volunteers that make it possible for them to visit the memorials in Washington, DC built in their honor.  The “Field of Honor” event was put together to premiere the movie, honor veterans, and raise awareness so more veterans can make their 'Honor Flight' to Washington, DC!  Watch the movie trailer…

A GoCanvas App was used by the film's volunteers to collect information about attendees who wanted to learn more about the future distribution of the film Honor Flight and its mission. GoCanvas enabled a squad of 25 volunteers to walk around the event with Android tablets and collect attendees' information.  All of that data was stored on Canvas's servers where it could be downloaded into a single CSV file.  That file could then be uploaded into another system or used for email campaigns to drive more interest in Honor Flight and raise more awareness for this cause.  GoCanvas could provide this solution very quickly and we deployed it literally within a few hours for them.  We were happy to play a small part in this kind of event for such a worthy cause! 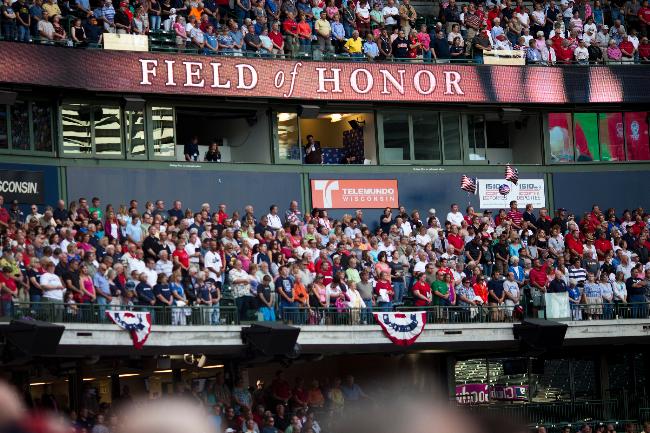