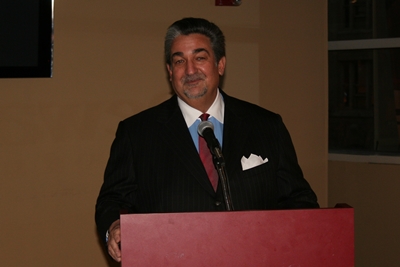 GoCanvas CEO, James Quigley, joins the Mindshare Class of 2011.  The opening event of this year's Mindshare Class was at the Verizon Center and hosted by local technology luminary and Washington Wizards/Capital owner Ted Leonsis.

Founded in 1997, Mindshare is a local group of well known executives and business leaders who participate in an exclusive year-long forum designed to help emerging companies and their CEOs build successful businesses. Founding board members have helped build some of the region's prominent and most successful technology companies.

For more information on Ted's words at the event… CLICK HERE.