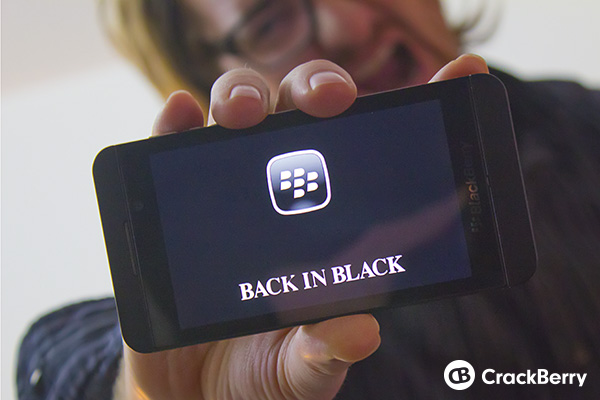 What everyone wants to know now is “Will Blackberry 10 be a new beginning for the former mobile giant?” Can it stage a Britney Spears style comeback or is it too far gone, a la Lindsay Lohan? I don’t know about you but I love a comeback story so let’s take a look at the 3 features of Blackberry 10 that could help it dance its way back into our hearts and pockets.

1. APPS APPS APPS – You may think we’re a little biased on this one, but these days, a smartphone’s worth is measured by the number and quality of its apps, and Blackberry 10 will be launching with 70,000 of them. It has managed to secure some of the big ones: Skype, Facebook, WhatsApp, SAP…and one of the best ones: GoCanvas! Blackberry will need to continue to attract top business related apps to retain its current user base. Let’s be honest, without an Instagram app the “hipster” community will never surrender it’s iPhones, no matter how much of an underdog Blackberry is.

2. Blackberry Balance – This is Blackberry’s approach to keeping your work and personal life separate on your phone, and it could be the answer IT departments have been looking for as security remains a corporate priority and an increasing number of employees are bringing their own devices to use at work. The safeguards in Balance prevent anything stupid you may do on the personal side from harming the corporate side. IT managers can also utilize Balance to add or delete apps and other resources from your device remotely without affecting your personal side.

3. Blackberry Hub – It’s the ultimate notification center. You can receive messages via Email, Calendar, Facebook, LinkedIn, and Twitter among others that you can configure all in a central inbox. The best part? You can respond to any of these messages from within the Hub rather than launching into the corresponding app. You can access it instantly with the swipe of a finger thanks to Blackberry’s new gesture interface.

I’ve touched on 3 major upgrades to Blackberry but there are more features that make the Z10 and Q10 something to consider – the keyboards (both physical and touchscreen), video and screen sharing in the new BBM, and the sleek new hardware. Much is yet to be seen regarding its performance as it enters the market but I think Blackberry has taken some major strides with its new OS.

Marketing the new Blackberrys as a truly adult smartphone is a step in the right direction for BB as there just aren’t any features exciting enough to attract the tween scene. Do I think Blackberry is going to rapidly increase its market share? Hardly, but BB10’s new features might be enough for it to make a Brit Spears-esque comeback. By that I mean it will keep the die-hard fans happy, but won’t have enough steam to snatch new ones from the Katy Perry and Rhianna of the mobile space, and that’s assuming it’s apps aren’t buggy, it’s gestures aren’t awkward and it’s 3 year plans with carriers don’t frighten away even the most loyal of supporters. Let’s hope nostalgia is enough to keep this smart phone pioneer relevant.

I want to know what YOU think about the new Blackberry? Do you think it’ll bank or bust? Comment below!