Suddenly the clock began to chime! When had eleven PM arrived? It must have happened while he had that strange dream, or so he thought.

The paperwork wasn’t done. But if he was dreaming of ghosts, he had to go home. So he put on his coat, preparing for the bitter wind outside.

As he reached his car, he heard a familiar voice. “Harry Jones, you old bag of bones! What are you doing working at this hour? Your wife will give you an earful when you get home.” 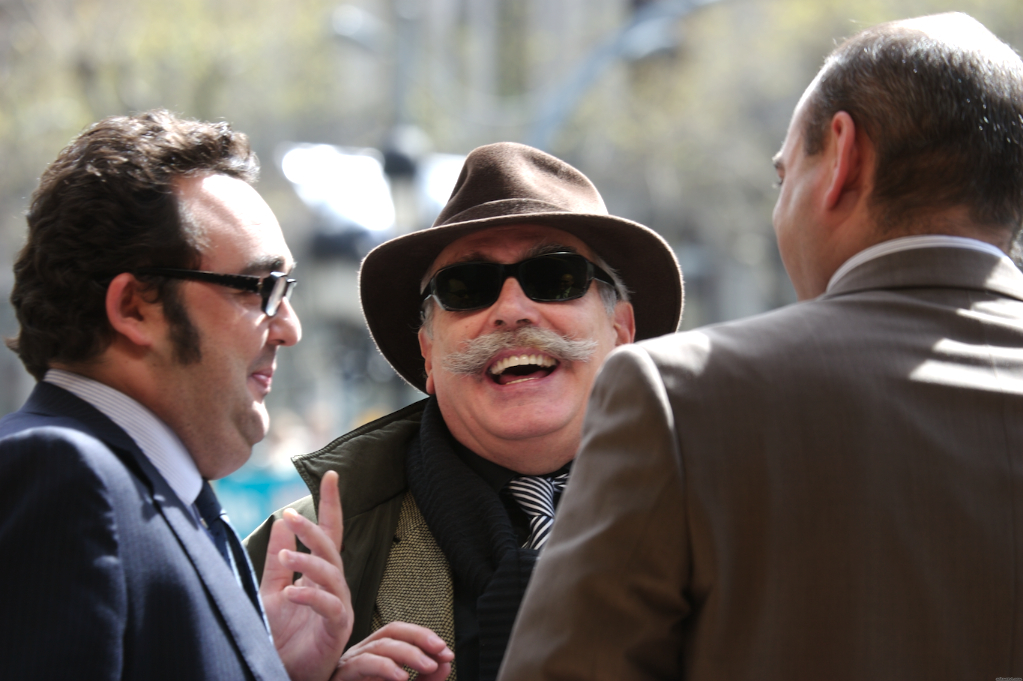 Jones turned and smiled, “Brian McNeil, it’s been too long! I was just about to head on home.”

“Well, it’s already late. Come down to the bar for a drink, we’ll finish in a wink.”

“There’s a bar open Christmas Eve?” Jones was surprised, but craved a cold beer after a long day.

So Jones didn’t think, as they crossed the street. Instead of a bar, they were standing next to his secretary’s driveway. Though it was late, she was pulling into her suburban home.

“How did we get here???” Jones was both surprised and alarmed. “Is this another dream? Are you even McNeil?”

McNeil shook his head, “You’re asking all the wrong questions, my boy. One impression, and we’ll go on our way.”

The car pulled in, his secretary, Jenny Cabbit stood up. Her eyes were heavy, but Cabbit’s arms were steady as she took a sleeping child inside to a husband full of concern.

“Is she alright?” Her husband turned on a light.

“She’s fine now. I think she was upset I didn’t return until quarter past nine.”

“Jones has been keeping you late. She rarely even sees you anymore. And nine pm on Christmas Eve??”

She sighed, “It’s always like this around Christmas. It’ll calm down in January.”

“Jenny” her husband’s eyes hardened, “you say that every year. And it’s not, it hasn’t for a long time. We can’t go on like this.”

Jones and McNeil watched on as the argument grew on.

McNeil’s voice was steady. “They’ll be divorced within a year. The future is quite clear.”

“Why am I here?” Jones asked. “Their marriage has nothing to do with me.”

“Nothing to do with you?” McNeil chuckled, “How many hours a week do you expect her to work? 80? 100? You refuse to spend an extra penny, even when you need more help. So stuck in your old ways, in those old paper files, even when they hurt you. Jones, you are a fool.”

The clock began to chime, proclaiming midnight.  Next thing Jones knew, McNeil had vanished, and Jones stood by his car. Jones had to admit, that this evening was more than a strange dream.