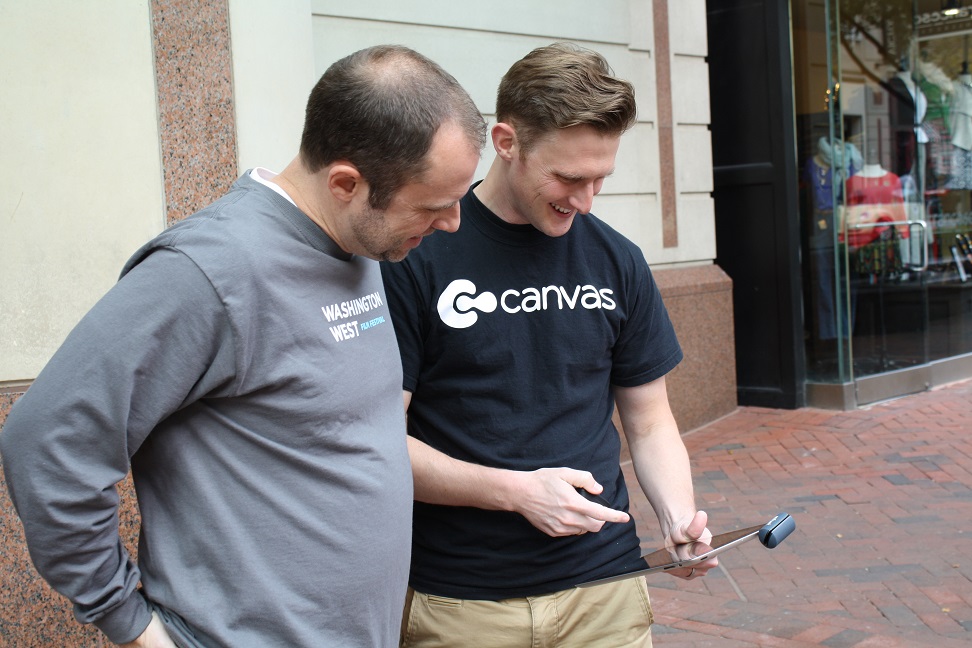 I’m extremely pleased to share the news that the Washington West Film Festival (WWFF), a nonprofit with the motto that “story can change the world”, is the recipient of the 2014 GoCanvas Ante Up Nonprofit of the Year Award.

Our CEO and co-founder, James Quigley, presented the award to WWFF at the opening night of its fourth annual Film Festival, held October 22-26, 2014 just outside of Washington, DC in Reston, VA.

I love the team and concept of the Washington West Film Festival, which donates 100% of its box office sales to a specific charity each year and highlights amazing stories while inspiring audience members to get involved.

Ante Up: Giving Back at Any Size

And I love the GoCanvas Ante Up program.

The program is built on the fundamental belief that you don’t have to be the size of Microsoft or Google in order to give back and reach back to help others. As a startup, you might not have tons of cash to donate, but you do have great products or services and passionate people.

The GoCanvas Ante Up program encourages our employees to identify a nonprofit initiative or need that they are passionate about, and then to support that initiative by providing the nonprofit with free GoCanvas services as well as the employee’s time to help train the organization on how best to implement GoCanvas and benefit from mobile technology. Last year’s winner, Sabi Sand Wildtuin, the oldest private reserve in South Africa, was honored for its efforts to combat animal poaching. Even today, Sabi Sand is lauded for its efforts and use of mobile technology to protect animals on the reserve from dangerous poachers.

We first started working with WWFF prior to their 2013 event, and it was great to continue our relationship this year.

Every year, the Washington West Film Festival screens and often premiers some of the finest independent films from around the world. As you can imagine, they get a lot of film submissions.

Earlier this year, we created a GoCanvas app to help the film judges – who were all over the U.S. – use their mobile devices to easily score and rate each of the 300+ film entries being considered on a variety of criteria (storytelling, production value, acting, theme, etc.), and have those ratings available in real-time. 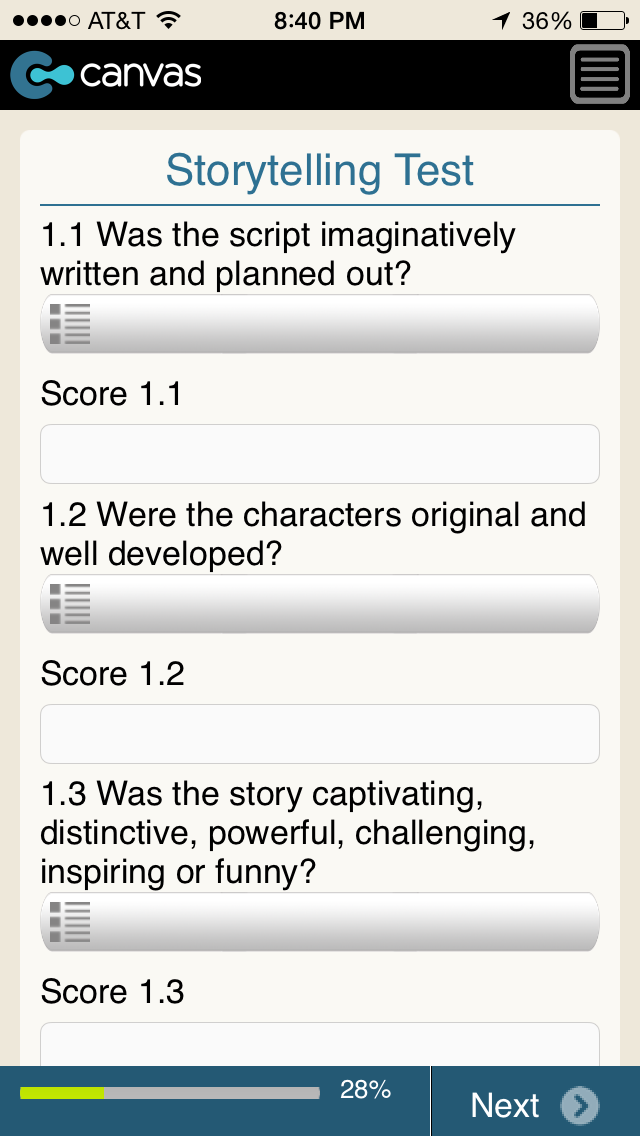 We also created an app for WWFF to use at  local events to capture information from people who were interested in volunteering and participating in the Festival. 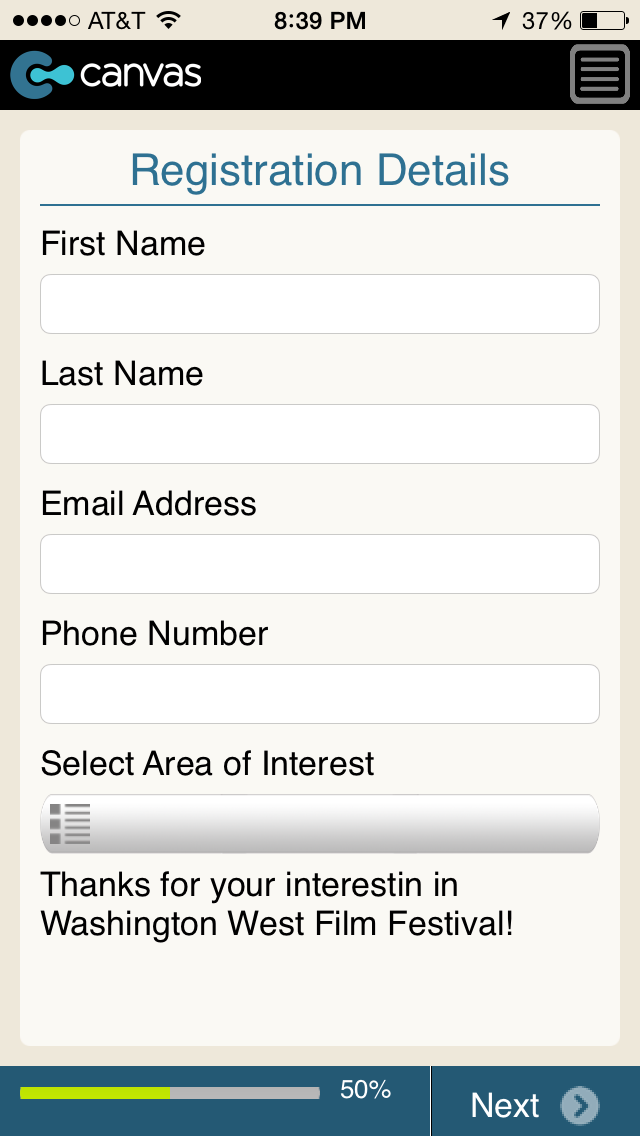 At the Festival, WWFF used a GoCanvas app that enabled volunteers to check in VIP guests and keep track of attendance with mobile tablets. Photos of the VIPs were taken and each VIP guest received an email immediately after with the photo and a WWFF-branded thank you email. 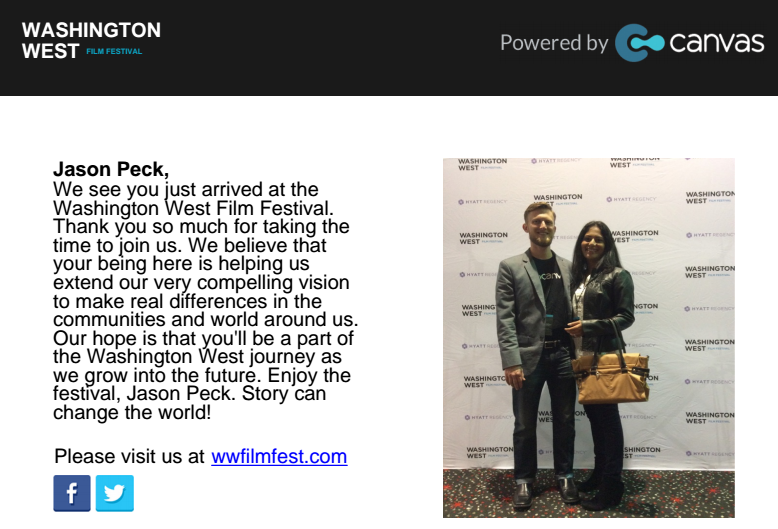 Congrats to WWFF on winning this award. We look forward to continuing our relationship and we’re excited to see you continue to grow and highlight stories that inspire us all.